Unlocking the Door to the Room of Possibility 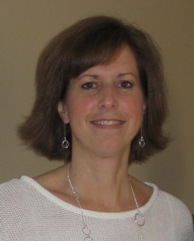 This summer my son, Peter, began using LAMP Words for Life on his iPad as his primary means of communication. He is completely nonverbal, and we had tried sign language and the Picture Exchange System, but never progressed beyond simple requests. Just two months after introducing the LAMP app to him, we had this “argument” on his “Talker”:

Peter: Mommy iPhone (he wanted to play with my phone)

This might seem like nothing to parents with typically developing children, but for us this was simply amazing! We were communicating in a meaningful way, in a typical back-and-forth manner. I wanted nothing more than to give him my iPhone as a reward for using his Talker so effectively, but my wise husband reminded me that Peter needs to learn that “no means no” just as a typical child would. So I held my ground and redirected his interest towards some puzzles, while secretly reveling in our argument.

This incident gave me a tiny glimpse Peter’s capabilities regarding communication. It was like looking through a keyhole into a brightly lit room filled with possibility. Whereas before he would fuss and become extremely frustrated because he couldn’t tell us what he wanted, now he can. As parents, our own frustration level has lessened because, most of the time, we can now understand what he wants.

To our family, the LAMP Words for Life app is the key to that room filled with unlimited possibility. We have a long way to go, but we have already come such a long way. Here is the story of how we came to be on the threshold of the Room of Possibility:

The Quest for Communication: Signing, PECS, and LAMP

Sign Language: We knew something was “up” with Peter even when he was an infant. He was diagnosed with autism before the age of 2. We immediately jumped into the world of ABA Therapy and were told that Peter would be taught sign language. We were on board with that; anything to help him communicate would be welcome. However, after a year and a half of intensive daily therapy centered around sign language and “manding” (making requests), Peter was only ever able to master ten or fewer signs in any given time. Because of his sensory issues, we had to modify many of the signs to make them easier for him, resulting in a “language” that could not be interpreted by anyone but immediate family. In addition, some of the signs he made looked very similar – for instance, his sign for “movie,” “more,” and “please” looked exactly alike. He would struggle to sign for us but it was all just a big guessing game on our part. Clearly, signing was not the language for him.

PECS: When he was three years old, Peter was placed in an all-day autism classroom in the local school district. Since I had been reading about PECS, the Picture Exchange System, I requested that we trial that low-tech communication system to see how Peter would do with it. We implemented it at home, and Peter’s SLP implemented it at school. Peter took to PECS immediately and soon made it past several stages in the protocol. His picture binder became bigger and bigger, and I became an expert at laminating 2x2” photos and attaching Velcro to each one. He could say “I want ____” and pick from over 60 photos of nouns. 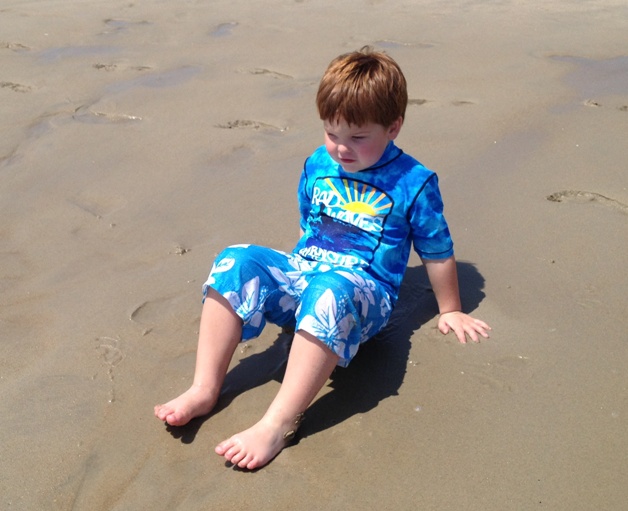 Then came summertime, and while spending so much extra time with Peter, I soon discovered the limitations of PECS. Yes, he could request items, which lessened our frustrations somewhat, but we could not have a give-and-take conversation. You can’t have a conversation with nouns. There is little room for socialization and personal expression. And I couldn’t take a picture of every possible item Peter could ever want. This conclusion of mine was verified by discussions with the Director of the South Carolina Department of Assistive Technology, who is not a big supporter of PECS. After several meetings with her and some additional research on my part, I decided that we needed to look for a more sophisticated means of communication for Peter.

LAMP Words for Life: I’m gonna be honest here. I stumbled across LAMP by accident. I knew that Peter was proficient with technology. We have a Kindle and an iPad at home, and he could navigate through apps and handle the devices like a pro. He also seemed calmer when using the devices. I thought that a high-tech device might work well with him. To test this theory, I loaded a primitive user-driven AAC app and he loved it! He was so happy when he could request his tent by pushing a button and having a voice say the word “tent” for him. We needed something more advanced, though, but the problem was that there were so many options out there for dedicated communication devices. Where would we even start to look?

In the midst of researching software and devices, a friend of mine told me about her son’s success with LAMP. I looked it up and discovered that LAMP stands for Language Acquisition through Motor Planning and that it is an approach centered around motor learning principles. To me, Peter’s proficiency with the iPad was a result of “motor learning.” What he did with his fingers controlled the output. He knew that if he pressed, swiped, or touched here or there, certain things would happen, and they would happen in the same way every time. This made perfect sense to me.

I wanted to get my hands on a LAMP device. I learned that the LAMP Words for Life (WFL) app for the iPad had just been released, and – lucky for us – the Dept. of Assistive Technology had just purchased that app! I borrowed an iPad with the LAMP WFL loaded on it, and brought it home to test it with Peter.

After studying the app for a day or two and learning how to build vocabularies, I introduced it to Peter during snack time. I skipped the One-Hit and Transition levels and went straight to the Full level, but then had only a handful of snack items on display. This meant that it took 2-3 selections before a word would be spoken. For instance, to say “cracker,” Peter would have to touch the “eat” button, then the “snack” button, and then the “cracker” button, at which point he would get the voice output. Would this be too complex for him?

It was not. Within 5 minutes, Peter was saying “cookie,” “cracker,” “applesauce,” and “juice.” I was amazed and excited. We worked with the app for three weeks (the length of the loan period), and I was convinced that we needed to buy it for ourselves. I purchased it and loaded it onto our iPad, and for the last few weeks of summer, I slowly increased the options in the vocabulary.

Getting Support: We were not done. I liked the app, but knew that a dedicated device would be best for Peter. But to get Medicaid funding for the costly device, I would need support. School was about to start, and I knew that I had a battle ahead of me. Peter’s SLP was so excited with his rapid progress through the PECS protocol that I was convinced she would not support our use of a high-tech device. Yet I needed her “on board” not only for Peter’s benefit, but also to complete the funding paperwork. To my surprise, Peter’s SLP jumped on board and even convinced the school district to allow the purchase of the app to load on one of the school’s iPads. That iPad now travels from home to school in Peter’s backpack.

The Road Ahead
LAMP is fairly complex and there is a bit of a learning curve involved. I used online resources to learn how to program and use it, and a big group of us (including myself, my husband, Peter’s SLP, and some of his ABA therapists) are attending a LAMP training session together next month. My hope is that in a few months, we will be able to complete the paperwork to apply for funding for a dedicated LAMP device.

We have a long way to go. I know this. But we have already come so far on this journey towards communication. Last weekend, Peter spontaneously said “go Mommy car” and “shoes please” and I was so, so happy to put his shoes on, put him in my car, and drive.

I can clearly see that Room of Possibility. It gets brighter every day. It’s just a matter of time before that door is finally unlocked for Peter and our family.