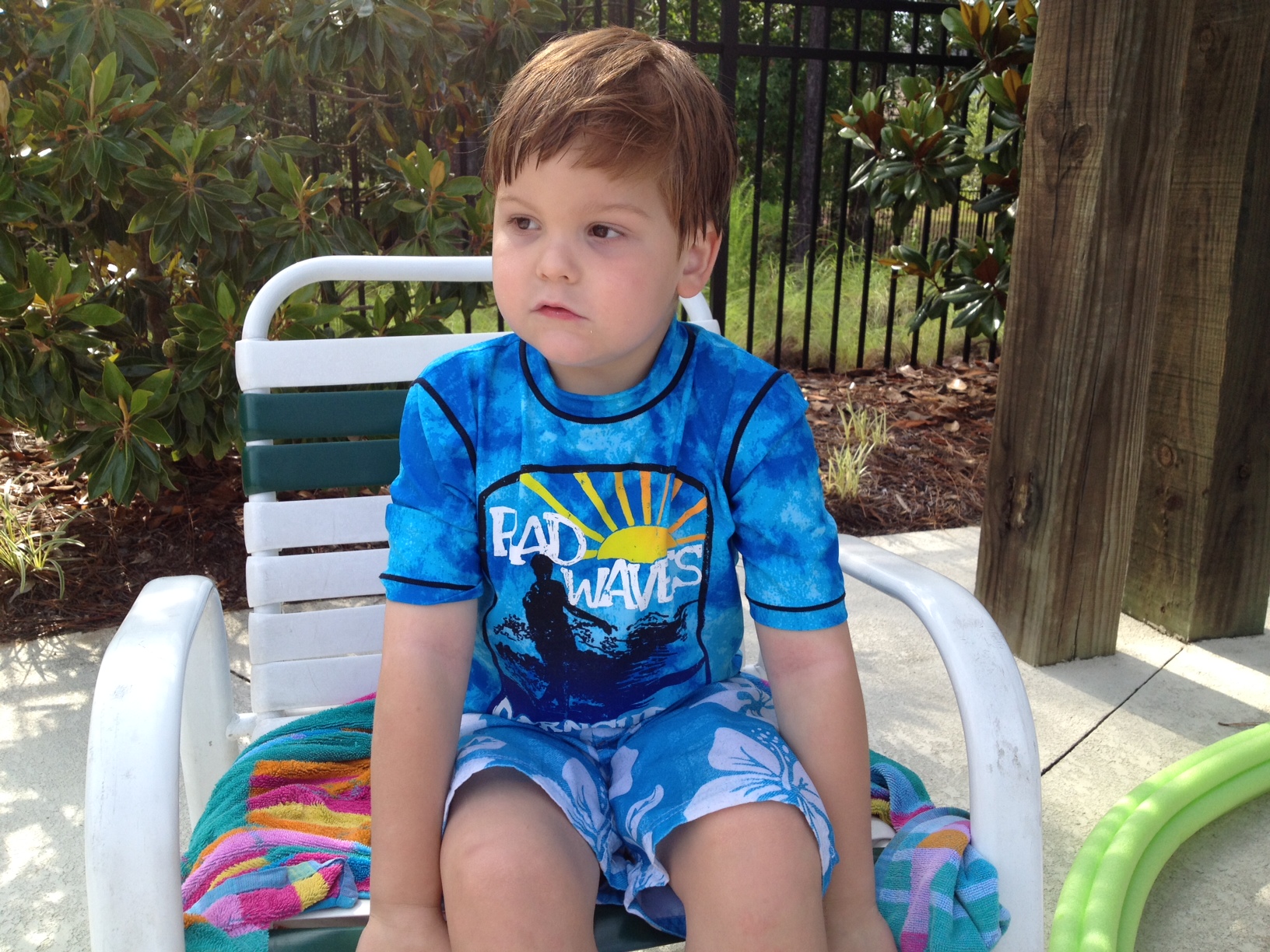 As a lifelong introvert, I have diligently avoided encounters with strangers, and have often fought back mini panic attacks at the thought of “small talk” at parties or gatherings. Being open with strangers does not come naturally to me. Oddly, this is the case for all of my immediate family members, including my three sons and my husband.

Peter at the pool.

It came as no surprise, then, that when our 5-year-old son, Peter, received his communication device (which we call his “Talker”), we were hesitant to bring it out in public lest it draw undue attention to our family. We worked for months to gather data and complete paperwork to receive funding for the device. When Peter finally received his Talker, we were delighted! Still, we hesitated to use it when out-and-about. People will stare, we thought. They won’t understand, we thought. It will annoy people, we thought.

Then a strange thing happened. We noticed that when Peter used his device in public, strangers would do a double-take, then peer interestedly at the Talker. Some peered furtively, but others were more open about it. People started asking questions. “Wow, that’s a cool device,” someone said in the checkout line at the grocery store. “Is that a computer?” Another asked, “Does your son use that to communicate?” “Look how good he is with that thing!” said yet another fascinated stranger. Much to our delighted surprise, Peter’s Talker had become an unexpected icebreaker! Rather than cause people to stare or act annoyed, the Talker seemed to draw people’s genuine interest.

What was the explanation for this phenomenon? I wondered. Why such interest from strangers? The answer is this: the Talker is fascinating! In this age when new technology is released on an almost daily basis, people are eager to learn about it. The Talker, an Accent 1000 running LAMP Words for Life vocabulary, is simply an amazing device. It boasts 8,000 + words and allows for complex communication at Peter’s fingertips, with output in a natural-sounding voice from a choice of dozens. When strangers in public hear the Talker speaking in its child-like voice, they are drawn to it like ants to a picnic!

We learned that it was easy to talk to strangers about the communication device – something impersonal and neutral – and it lessened our stress while out in public. Even better: the Talker often drew people’s attention away from Peter and any undesirable behavior he might be exhibiting. Instead of eyes on him, it was eyes on the Talker. After a bit of chat about the Talker, it then became easier to say, “Peter is nonverbal, and he uses this device to communicate.”

We have a different perspective now when we are out in public. We no longer hide the Talker, or turn the volume down low. We allow Peter to use it when he wants, and we are open to explaining the device to strangers and demonstrate how he uses it. Just yesterday, in the grocery store, I said to Peter, “Tell the man that you want more cookie.” He was more than happy to oblige! 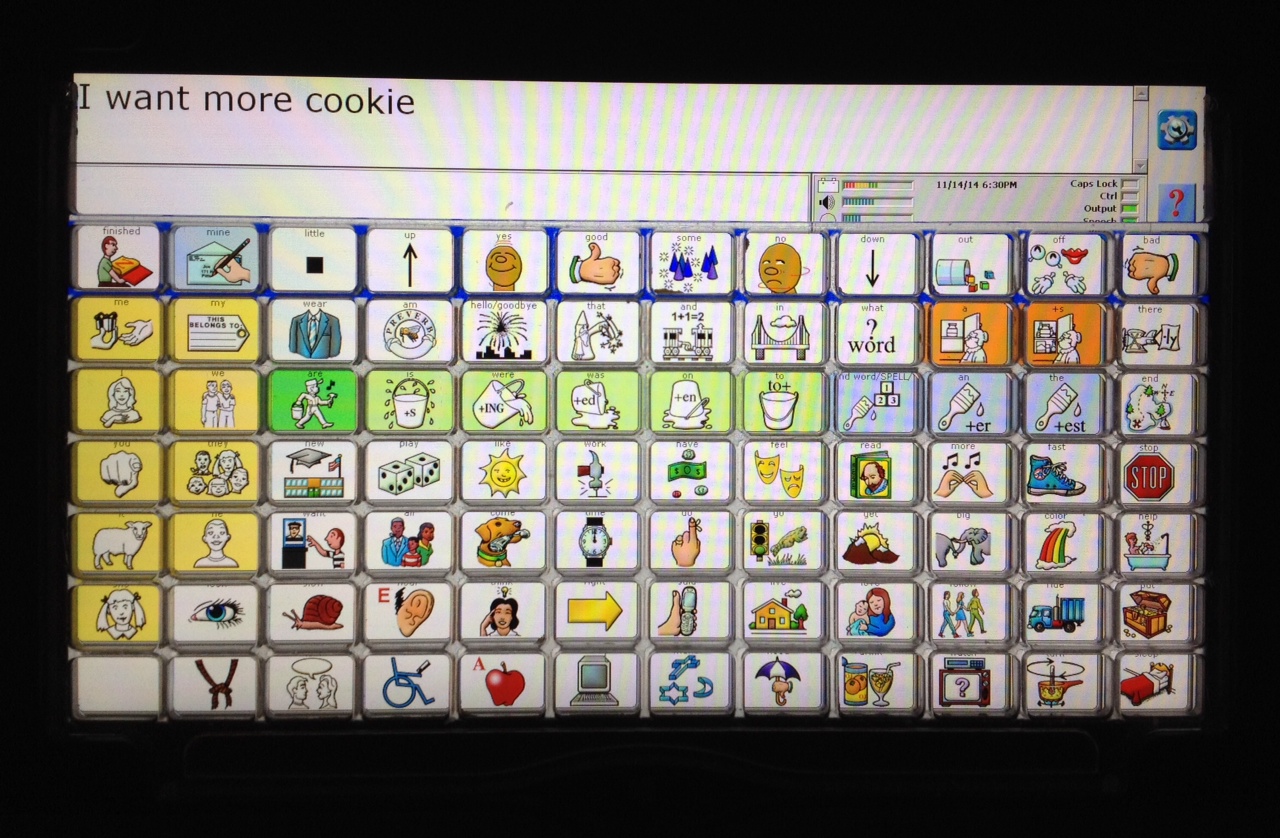