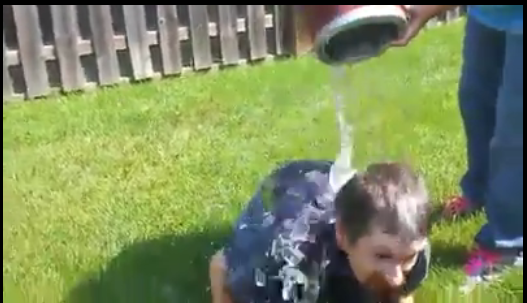 As my wife tells me, it is the littler things in life that are the most important. In 2014, the AAC field bear witness to such a phenomenon and it is time that we reflected on it. Everybody and their brother took the “Ice Bucket Challenge”; even I did, albeit with warm water. Oh come on, the camera could not tell the water temperature!

Anyhow, that one ridiculous stunt that should have been just a fun way to raised money for ALS actually saved the Augmentative and Alternative Communication industry from losing a lot of its already established technological advances. Months before the challenge started, Medicare said it was going to stop paying for communication devices with computer functionalities built in. Even though I did not take it seriously at first, I quickly learned that it could be devastating to my career and life.

The good news is Medicare rescinded. I really believe that there are many hidden lessons people with disabilities could and should take from this. First, as you know, Medicare is really a nightmare at times. This is because of two reasons. First, their job is to provide health care while they look out for the dollars and cents of the United States. Secondly, they do not get to see the human side of their decisions. What I mean by this is they do not see how their decisions affect people with disabilities.

I believe that as silly of a stunt as the Ice Bucket Challenge was, it helped the people at Medicare to see people with disabilities in a different light. This one little thing should give everybody with disabilities, their families, their speech-language pathologists among other people not only hope that we can actually change the system but it should be an ever-lasting example to how we need to do it. I encourage everybody to take from this a stronger sense of pride and conviction while advocating on any level, because yes, we can change the world!