Life in a Nursing Home 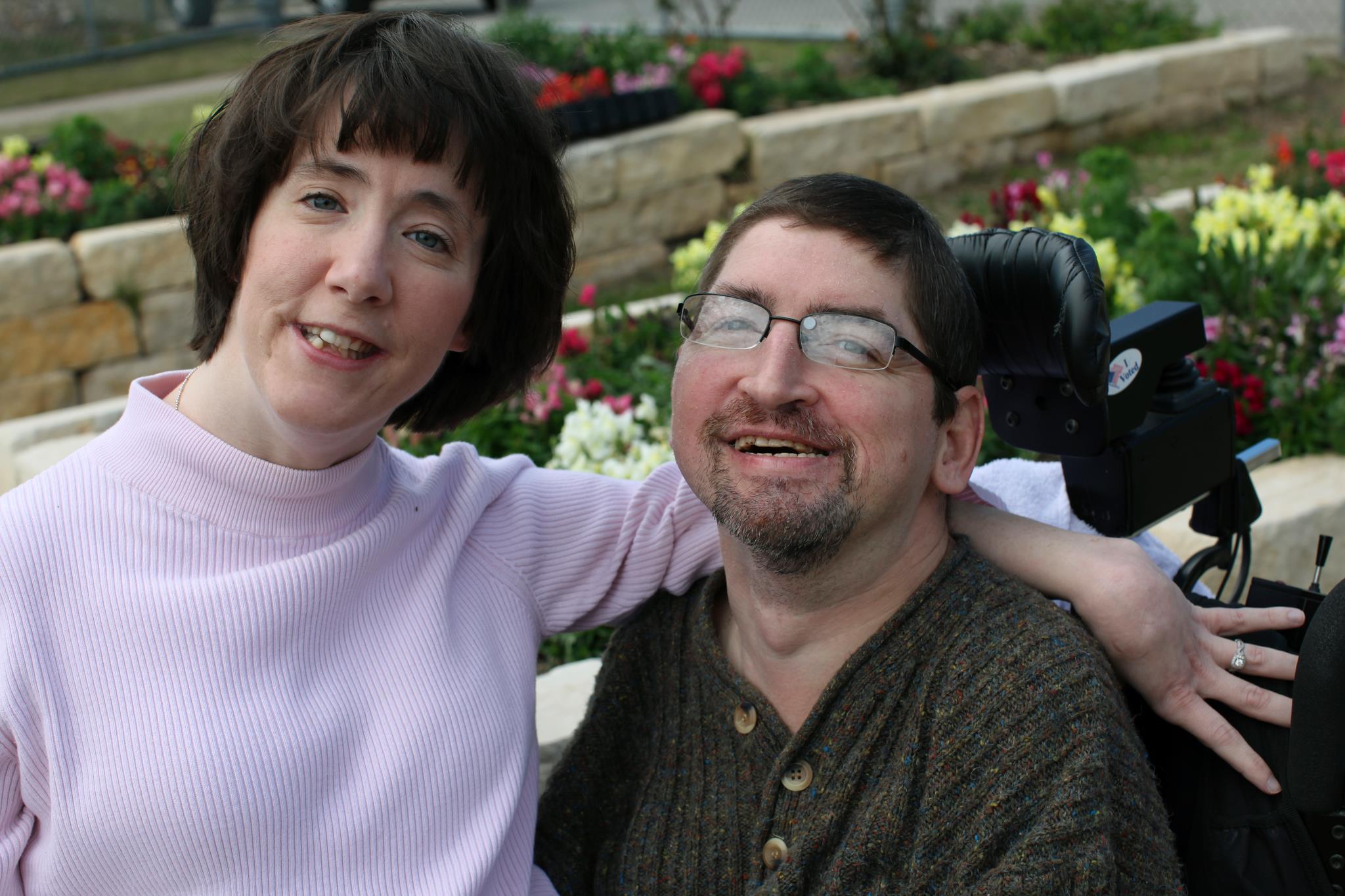 I moved to Austin from Cleveland in April of 2012 to be with my then fiancé Kate. My best friend Mike drove me and my two dogs in a big moving truck across the country with my van being towed behind. Mike said it was like driving a tank with a white elephant pulling us from behind. When I left Ohio I lost my Medicaid benefits and I was told by some here the fastest way to get Medicaid was to go into a nursing home.

I dragged going into the nursing home out for about seven months because people, Kate included, said there were other ways for me to get Medicaid. This was so very frustrating because I was being pulled in all kinds of different directions and I didn’t know whose advice I should take. I had to ask myself should I listening to my love of my life, Kate, whose advice was getting me nowhere, fast. Or should I listen to professionals who were pushing me to do something I absolutely dreaded and frankly something that was very scary for me.

I struggled with this and there were times I was ready to be admitted but literally at the last minute it was postponed either because a piece of paper work was missing or due to my not wanting to be in a nursing home during the holidays. This was becoming a sore topic with everybody because my life started to be at a standstill and nothing was moving forward, but finally on January third 2013 I admitted myself into a nursing home.

The other residents were almost all 60 years old or older. I was afraid to breathe too hard on them because most looked so frail a light breeze would knock them to the ground. But there were two guys close to my age and we became friends. One of them was named Sheldon and when we first met he was wearing a big cowboy hat and he kept asking Kate and me for a race in his bright new shiny wheelchair down the hall. The other guy was named Ricky and he was shy and quiet at first but when I got to know him I quickly found out a cool and interesting guy. Ricky is a huge Dallas Cowboy fan and his room was covered with Cowboys posters.

The staff were mostly good to me I think because I had a mind and I could not only tell them my needs but I could tell their superiors if they were doing something wrong. I had my two favorite aides and they really cared about the residents and they made sure I received the care I deserved. One was a large African American guy and he had the kindest heart and it would do anything for me. One of my friends nicknamed him “The Green Mile” because he reminded her of the John Coffey character from the movie.

The second aide became like Kate’s and mine little brother because every time he saw us he gave us a big hug and he always took the time to talk and make sure everything was going good. When Kate didn’t have her attendant when she was visiting me they both helped Kate with dinner and they helped us to sit on the couch in the living room so we could have time alone together.

Although these two aides were great, there were some bad apples that weren’t that caring and I did get some people in trouble. First of all, the many of the nursing assistants who were my caregivers didn’t understand how I could wear regular underwear and I have the ability to tell them when I had to go to the bathroom. Most of them insisted putting a “brief” on me which was actually an adult diaper. I remember arguing with this short little aide for fifteen minutes because she was going to force me to wear a brief. Finally the nurse was called in because I wouldn’t come out of the bathroom unless she put on my underwear. The nurse said “what is the problem” and the aide explained I wouldn’t put on a brief. The nurse said “David doesn’t wear briefs, why are you trying to put one on him?” The aide looked slightly confused and said “but everybody wears briefs”. The nurse got another aide who worked with me before and he finally got my underwear and put them on me. I do believe that short little woman got written up for that incident.

Another time I had a problem with an aide was in the dining room during lunch. If somebody is unfamiliar with me and does not know how I eat, it is very difficult to feed me because sometimes I have trouble controlling my mouth. When people don’t know better they think I am playing around with them. On this particular day the staff was shorthanded and I had to wait until an aide was available to come and help me. Of course the first available aide never fed me before and she had no idea how my mouth worked. People need to be patient and wait for me to open my mouth and rushing me only me more nervous and more spastic. Well, I could see this woman who was going to help me was already stressed because she was talking to herself in tongues I haven’t heard in my entire life and she was hopping around the dining room like a jack rabbit on drugs. When I didn’t open my mouth she started pushing spoonfuls of food in my face and the food got everywhere. I got pissed off and started kicking my feet because I couldn’t use my communication device with food being stuffed in my face. When I did that she threw the spoon down and left me. Luckily Kate and her attendant came right after that happened and I was able to eat. Many of the staff witnessed the aide’s actions and she was reported. As a result she was suspended and told not to have anything to do with me for the rest of my stay.

Although I knew I would eventually get out of the nursing home and except for a few incidents I wasn’t being mistreated, it was still frustrating to be in there not knowing how long I had to stay. Yet again people were telling me different things about how long it would take me to get on Medicaid and get the services I needed. First I was told it would just take thirty days. I thought to myself, “Okay, a month isn’t so bad”. I was ready to be admitted the beginning of November thinking I would be out in plenty of time to go on a Christmas vacation that Kate’s family had planned. It was the day before I was going to be admitted and I was informed that my Medicaid application wouldn’t be considered until I was in the nursing home for thirty days straight. Then it could take another thirty to sixty days after that to be approved for Medicaid and my services to start. I was like, what the hell. The bright spot was after the first thirty days I was able to spend some weekends at home with Kate.

I am glad to say there is a happy ending too this long and painful story. On April 19th, 2013 I permanently went home from the nursing home after 107 days with my full Medicaid benefits. Then 43 days after that Kate and I had our comment ceremony when we became partners for life.