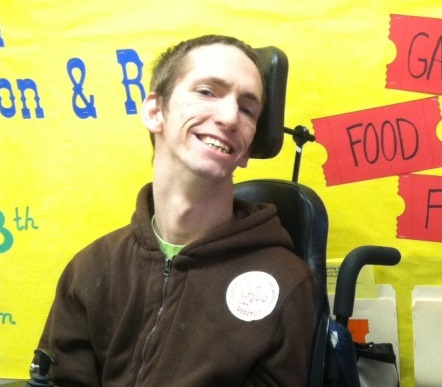 I use to view dependency on other people as a weakness and being independent as a strength, something for which to strive. While I still believe being as independent as possible is absolutely something to strive for, since independence pretty much always leads to freedom, my pastor gave a sermon a while ago that altered my point of view on being dependent upon others. He basically said that God made people dependent on other people and as such, being dependent on others is not a weakness. This should really be common sense because how many people know how to do everything they need done? How many people pay accounts to do their taxes, pay an electrician to do electrical work (before or after you try it yourself and shock yourself), or any number of other services? This right here proves that we are designed to be interdependent on each other and most of the time accepting help from these types of professionals doesn’t bother us, other than maybe financially, there is typically not a pride factor in these. Note I did say typically, obviously somebody might think they can do their own electrical work and then find out they can’t.

What happens though when the type of help needed is more basic, such as tasks that the majority of people accomplish for themselves on a daily basis? You might have witnessed this in an aging parent/grandparent as they start to lose abilities, they might get frustrated since they are use to doing that task for themselves and now that ability has been stripped from them. It becomes a pride issue when this happens, it becomes a sense of less worthiness. This aspect is a part of the lives for many people with disabilities from the instance they are born, such as myself. I need help with a lot of my personal care needs, even though I am able to do a lot in comparison to other people with my disability. And I do believe being born with a disability makes being accepting of these needs easier than starting to need help later in life. Kind of like is it better to love and lost or to have never loved at all. However, for at least some people with disabilities, it can still be an emotional challenge to accept help with basic, every day tasks.

On the flip side though, it can also be one of the greatest feeling when someone like myself gains one of these basic abilities. For example, about four years ago I figured out a way to give myself a snack throughout the day. This was one of the greatest feelings ever and I don’t know anyway to describe it since unless you are in the position of not being able to eat when you’re hungry, while you have your own food within five feet from you, there’s likely no way to describe it. I think this may be the key in conquering that emotional challenge of accepting help, focusing on the accomplishments instead of what you can’t do. This sounds a little cliche as you’ve probably heard the saying to focus on what you have instead of focusing on what you don’t. Of course this takes a lot of practice and a device that helps you kick those negative thoughts out of your head when they sneak in. Being an optimist. One of the best ways to do this is by surrounding yourself with positive people, misery absolutely loves company and attracts more misery. It is pretty common to want to to keep to yourself when these feelings come into play but it is the worst thing you can do for yourself. Unless you have some super will power, it is nearly impossible to get yourself out of the rut within a reasonable amount of time. Not coincidentally, this goes right back to the fact that we are designed to be interdependent upon each other.