Having a Voice is Not Enough 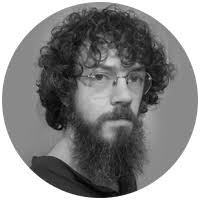 I’ve had the pleasure of speaking at a few conferences over the last couple of years. I have a presentation in which I talk about the difficulties AAC users have in forming relationships, and I have taken parts of it to use as inspiration for this post. For me personally, the biggest problem that I had when I first started using AAC was implementing it. I want to bring more attention to this aspect of AAC that I think is not discussed enough.

I remember the first AAC I ever got. I was about 24 years old at the time. It was a small communication device with a physical keyboard and a narrow LCD screen. Before I had gotten it, I communicated by writing things out on paper. However, since it was so slow, most of the time it seemed like too much trouble. As a result, I spent most of my time in silence. When I got my first communication device, I was so excited at first. I thought all my troubles were over. I thought I could finally have the close social connections and friends that I had always wanted. The reality hit me hard and fast. AAC is not a quick fix. I soon found out that having a voice is not enough; you also have to know how to use it.

My situation at the time was so puzzling. I seemed to have everything I needed. I had my new AAC device, I knew how to operate it, and I had fully intact language. However, I still remained a mute. At the time, I couldn’t understand or articulate why I was having so much trouble. It seems so clear and obvious in retrospect.

I think one major problem I had was that I had some emotional blocks. I had spent several years without a good communication system. I had gotten accustomed to being silent. A person can get used to anything given enough time. Even the most grotesque experiences can become comfortable and familiar if they are repeated long enough. The silence, sadness, and quiet desperation became familiar companions. Change is usually difficult even if it’s for our own good. I had my AAC device in my hand, and I could have reached out. I could have stepped out of the shadows and reclaimed my personhood, but the fear of the unknown still imprisoned me. It’s like I had some bizarre Stockholm syndrome; the Silence, my captor, had become my friend.

It took a long time for me to get a decent communication system. I had tried to reach out to get social connection for many years. My attempts were usually rebuffed. I know I’m socially awkward, and people can sense it easily. It makes them nervous and strongly inclined to reject my overtures. It happened so many times over the years that I just gave up. I performed a cost/benefit analysis. I recalled my long history of failure, and my extremely sparse number of successes. I took into account the fear, anxiety, frustration, and disappointment that my attempts caused me. I asked myself, “why am I doing this to myself? I’m investing all this time and energy into an endeavor which almost always results in failure. I get so little reward for so much work. This is an irrational use of my time and energy. The best course of action is to divert my attention to other things.”

The decision to give up has left me with many regrets that I carry with me to this day. Day after day I watched everyone around me talking, laughing, and building friendships. It was torture to me. It was like holding out a glass of water to a person dying of thirst, but you keep the water just barely beyond his reach while taking malicious pleasure in his suffering. Obviously, I knew that I could have satiated my thirst at any time, but the fear stopped me. I had failed so many times, and I had little faith that my circumstance would change. What I needed at the time was some way to break the cycle. I had failed before, I thought that meant I would fail again, as a result I didn’t try, and this caused more failure reinforcing my belief that I would fail more. I needed some way to start building a new history, a history in which I could have success in making friendships. Unfortunately, that wouldn’t happen for several more years.

I began to find success in communication well after graduating college. In 2016 my old AAC device had stopped working. I decided to try out PRC devices. I sent an email to Sandy Baldwin, the PRC consultant in my state at the time. She came to my house and showed me some Accents. She was so nice and pleasant. It had been the first time in a really long time since anyone outside my family had had a conversation with me.

Sandy was one of the first people who gave me a chance as an AAC user. She was one of the first people who actually cared what I had to say and actually listened. This was how I started to build a new more positive history. All those unwritten rules slowly became demystified. Those pesky rules were serious roadblocks for a long time. I always felt uneasy in social situations because I didn’t know what to say, when to say it, how to say it, etc. When I’m uncomfortable, not sure how to do something, and I know I’m being scrutinized, I tend to just avoid it. That is what I did all those years even after I got my first communication device.

I continued building my new history. Over the last couple of years since I got my Accent, I’ve been to so many places, met and talked to so many people, and presented at conferences. Because I’ve started a new history, I’m not as scared to put myself out there more. Since acquiring my Accent, I started dating and I have friends. I can’t say that social interaction feels completely natural to me, and I don’t think it ever will be, but it’s certainly less intimidating than it was.

I’m hoping that this post will get SLP’s, parents, and teachers to understand that just getting someone a communication device is not enough. Even knowing the vocabulary inside out is not enough. An AAC device is a bridge to the social world. I never wanted an AAC device so I could just answer questions, request things, and be tested. I wanted one so that I could fully participate in all aspects of life that most people take for granted. Help an AAC user to learn how to build relationships; that’s what communication is about. Help them to understand how to have a conversation. I have known AAC users who use their device fluently, but they cannot actually talk with it. About 10 years ago I was just like that: trapped, alone, and frustrated. I wish I had had someone to show me how to actually talk much sooner. I could have been spared a lot of anguish and frustration. Please learn a lesson from my experience. Simply having a voice is not enough.