Many years ago, I wrote one of the first “Stories and Strategies for Success” blog articles and profiled my favorite pair of clown sunglasses and most ridiculous hat. I had just worked with a young man learning to use a device for the first time and relied on these gadgets to elicit communication from him. Fast forward to now, and if there’s anything I’ve learned through the years, it’s that keeping the moment fun, so an individual can experience a moment of joy when communicating, is quite possibly the most important piece in the entire AAC puzzle!!

I was also challenged to top that first picture.

Although some years have passed, you’ll still find me carrying around those silly items just in case I need to pull a cat, excuse me, a hat out of the bag! Last week’s travels led me to a team working with another young man who was in need of a new device. He enjoyed eating goldfish, but he was beyond simple requests like “eat” and “more.” I needed to find other ways to talk about the goldfish, so with Vocabulary Builder’s help in the LAMP Words for Life full vocabulary I targeted a range of different words:

He soon became really good at telling me “five goldfish.” I mean, who wants to eat just one?

It was clear he needed the entire vocabulary. As I turned Vocabulary Builder off and reached for something else in my bag, a pair of my silly glasses fell out. My friend saw this and gave me that quizzical look like, “why on earth do you have a pair of blue, star sunglasses in your bag?” I modeled “on” and put the glasses on. Without hesitation, he says “on” with the device and reaches for the glasses. With the glasses on, he gives a proud smile like he had stolen the show, except that what came next was the real star moment.

What he really wanted was more goldfish, but the fact that I was only giving him up to FIVE goldfish at a time was clearly not meeting his expectations! He found the spell screen, selected the number screen, and proceeded to say “100” followed by “goldfish” and pointed to the bag of goldfish.

Turns out the joke was on me the entire time! 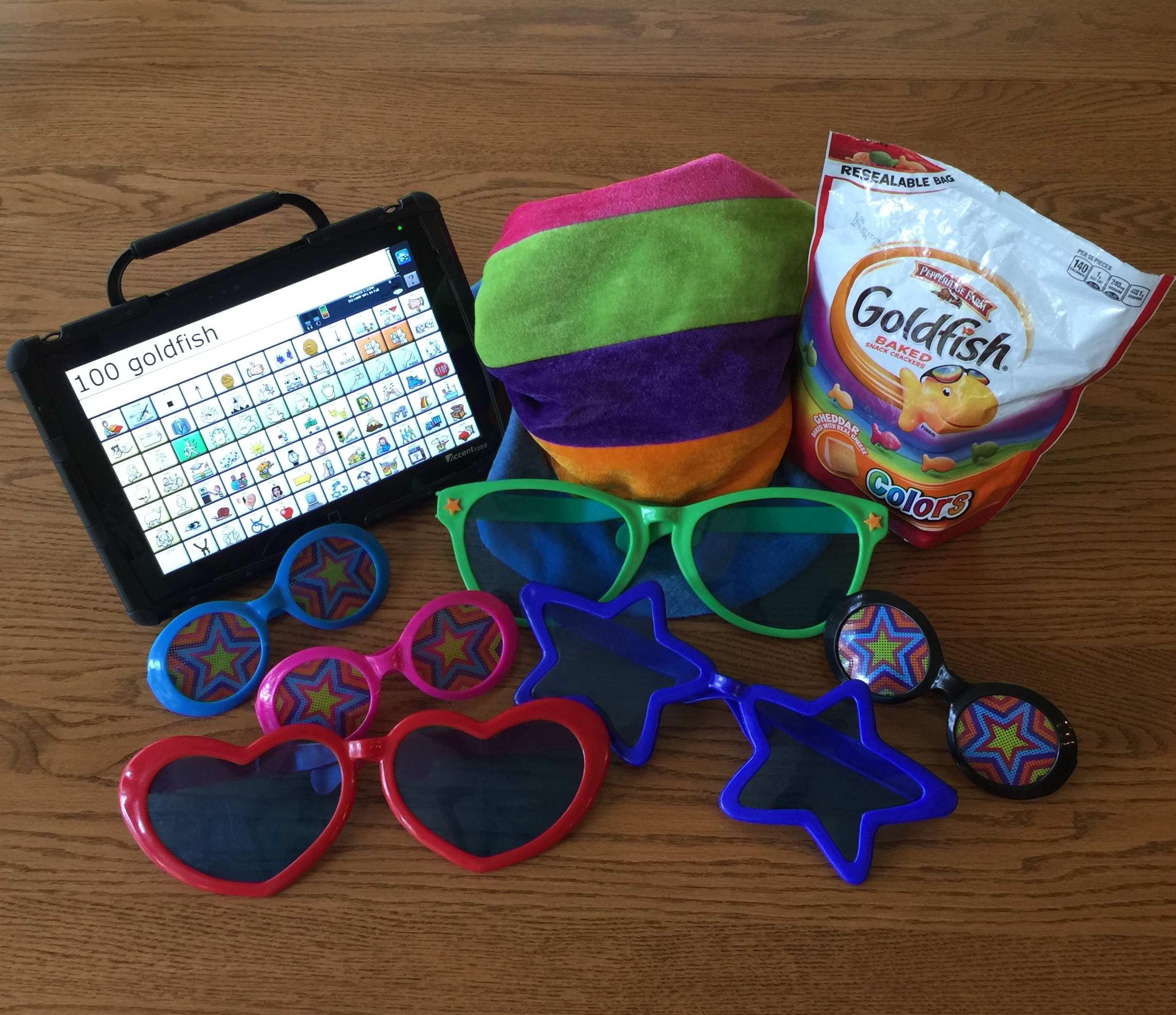 Expect the unexpected, embrace moments of joy, wear funny glasses and maybe even a silly hat, always carry a big bag of goldfish, and have a ton of fun!