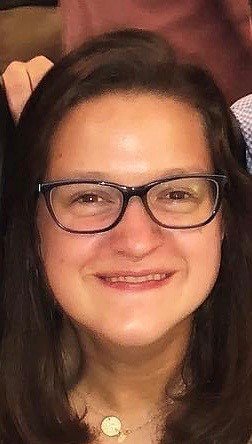 The answers to the last two questions should not be different from one another.  Why should they be?  However, for some reason, some people think they are.  Some people don’t know what to say and talk about with people who use AAC.  Yet, they are interested in you as a person, but don’t know how to really get to know you nor have a quality conversation with you. I am not just referring to strangers, but I am also referring to those who are related to you.

As someone with a physical disability and someone who uses AAC, I have had many awkward encounters with people, but there is one type of encounter that stands out as the most awkward, and it occurs with strangers and extended family members.  It does not have to do with my physical disability, but my communication disorder.  No, it’s not when people can’t understand my natural speech but act as though they understood what I said and proceed with the conversation because they don’t want to tell me that they didn’t understand for whatever reason, yet I can tell by their blank facial expression that they didn’t understand what I said.  While that is awkward, there is something else that is even more awkward that occurs before an interaction has even begun.

One of the most awkward interactions I have ever had (and continue to have) is when someone approaches me and says, “Show me how you use this”, or “Show me how this works”.  No, they don’t mean to show them how to interact with people who use AAC, even though they probably could use some education in that area.  Instead, they mean that they want me to show them how my AAC device works while they stare at me and over my shoulder at my device while I type, making me nervous because they are watching me type.  I have to quickly think of something to say just to show them how my device works (and to make them stop staring at my device and trying to have a non-substantial conversation with me), so I usually say something simple and irrelevant that doesn’t lead to a more extensive or complex conversation.   At this point, I am frustrated, feel awkward, and do not want to carry on the conversation because it seems as though they don’t see me as a person and are simply in the technology in front of me that I use.  I know that this is not their intention, but is nonetheless frustrating and awkward.

There is a time and place to ask those who use AAC if you can see their device and how they use it if someone is genuinely interested in learning, such as at professional conferences related to AT and AAC.  As someone who is a professional in the AAC field, I am confident with educating others on AAC and enjoy doing so.  However, it should not be used as a conversation starter nor the main topic to interact with someone who uses AAC, especially in a casual social conversation.  Engage in normal conversations with those who use AAC and get to know them as a person.  If you truly are interested in seeing how their device functions and how they use it, observe them using it in natural interactions.  There is no need to ask them to show you how they use it if they are already using it to have a conversation with you.  If you want to specifically see how their device works after they use it for some time to have a conversation with you, certainly ask if you can watch them use it, but it should not be the main topic of conversation.  People who use AAC are more than someone who has a complex communication disorder and uses AAC.  They are intelligent people capable of having meaningful conversations.