Did You Really Mean That? 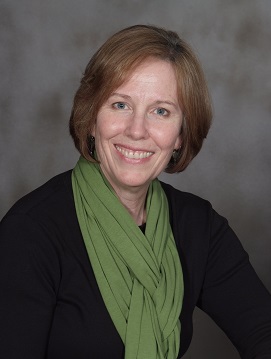 We teach parents and caregivers the best way to help their child to learn to use a communication device to talk is to respond, respond, respond. That means no matter which button gets pushed and words spoken the parents are to respond as though it was purposeful. We compare it to verbal speech development.

When a young child is learning to talk they begin babbling. Eventually they get around to saying something that sounds like a real word, like “Mama”. Everyone gets very excited and declares the child has said his first word. But is that really true? We don’t know for sure but since every time “Mama” comes out and Mama responds like it is a real word it is very exciting for everyone. Eventually it becomes a real world and “Mama” equals Mama. This phenomenon occurs whether the child is speaking English, French Spanish or any other language. The same learning can happen when a child is learning to use a communication device. If they accidentally push a button that says “Mama” and Mama appears over time we would expect to see the child begin to do it purposefully. Theoretically that is how it should work.

However, in the world of AAC it does not always work that way. Too many times to count I have seen a new AAC user learning to use his device push one of the buttons, the machine says a word and the response from the communication partner is, “Did you really mean that?” or “I don’t think you meant that. Try that again.” instead of responding as though it was purposeful. For some reason when a child is using a communication device to speak versus oral speech we are constantly second guessing their intention.

A mother once told me a story about her two children that changed her response from “I don’t think you meant that” to “Oh, that is what you want! Here you go.” This mom had a son and a daughter both of whom used a communication device. Her son had gotten his device first and was a little more proficient. One morning both her children were sitting at the breakfast table waiting for breakfast with their devices in front of them. The boy spoke the words, “need spoon”. Mom turned around and saw he had one. She said “you have a spoon, I don’t think you meant that”. He said it several more times with the same response from Mom. So with a little exasperation her son got up, went around to the other side of the table and use his sister’s device to say “need spoon” since his sister was the one in need of a spoon! That changed Mom’s response to “Oh! That is what you were telling me!”

It is often said, “one learns more from one’s mistakes than from one’s successes.” And, although it is hard for a parent to see their child make a mistake it is important to respond to those accidental AAC activations. It is a good way for the child to learn from their mistakes.