Bilingualism and AAC. Build a strong foundation for a lifetime of learning! 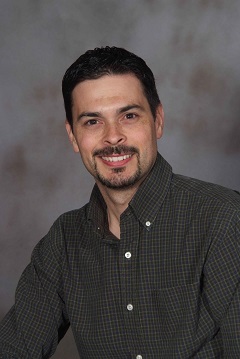 Over the past twenty years, I’ve had the privilege of working with clients and families who come from many different cultural and linguistic backgrounds. Communication is a component that encompasses every aspect of our lives. Spoken and written language is all around us. Family gatherings, social engagements, school classrooms, social media, are just a few examples of how much we are dependent on spoken and written language to communicate with one another

For those individuals who come from homes with monolingual or bilingual speaking families, and are either in need of or use AAC to communicate, the advancements in device technology are especially important. The ability to communicate fluently in addition to accessing social media and internet among other platforms is very exciting as technology continues to grow and develop.

Although the focus of educators, families, and speech therapists has become more acute when it comes to bilingual AAC users, the quantity of research focused on these children is still lacking. To give an idea of the need, recent studies report almost 400 million people worldwide are native speakers of Spanish, concentrated in Spain, Mexico, and Central and South America. In the United States, there are 41 million individuals whose native language is Spanish and an additional 11.6 million individuals, mostly children of Spanish-speaking immigrants (heritage speakers), who are bilingual speakers of Spanish and English.

We do know in general proficiency in language is key for children to advance in academic and social understanding skills. However, what strategies/approaches can we look to address literacy skills, particularly for children who need/use AAC and come from monolingual or bilingual families?

There are differences in opinions (based on research findings) as to which language to approach first in therapy. Studies have focused on aspects such as concentrating on the native language first to build competencies that will eventually transition to the second language. Others point to scaffolding between the two simultaneously working on linguistic concepts in both languages. Children typically fall into two categories when it comes to learning two (or more) languages. Those that can acquire both languages simultaneously, while others will learn sequentially.

Below is a general list of suggestions from the American Speech and Hearing Association based on research and clinical observations that can help address these areas:

I would imagine most would take the trip. Why? Immersing yourself in an environment where another language is spoken provides you with ample opportunities to practice, make mistakes, correct those mistakes in natural, social contexts. Same for a child who needs a AAC and has exposure to two languages.