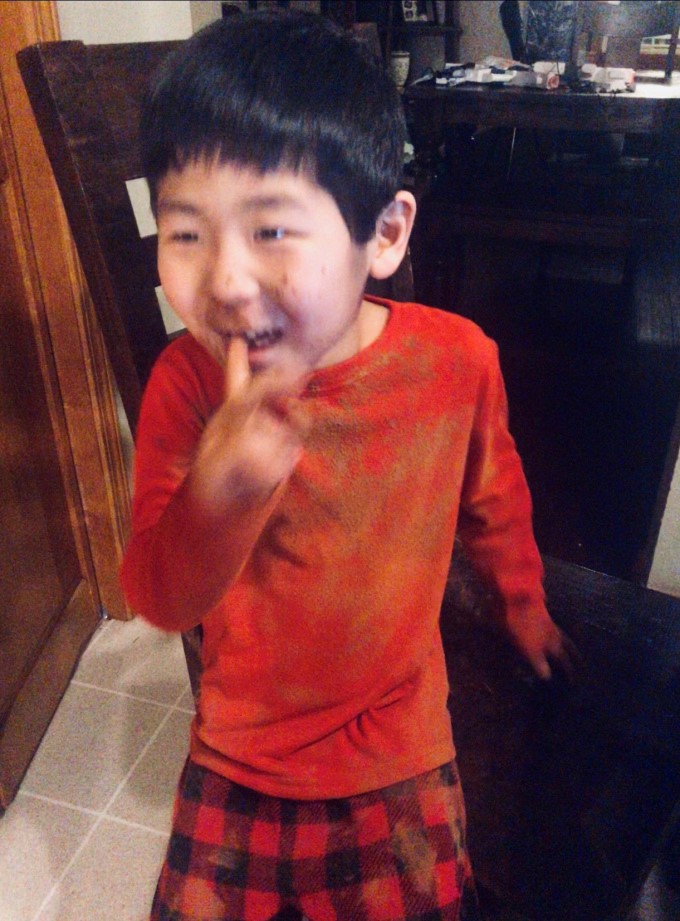 We were cleaning out a used fish tank my brother had lent my oldest son Knox.

Knox wanted to spend his birthday money on two aquatic turtles and begin a new hobby with a freshwater tank. My sister Alexa had come over to help me lift the tank and empty the existing gravel from the bottom of the tank and begin to rinse and clean it out. The husband was at a meeting, and this was clearly a two-person job that I was trying to get finished before Knox’s actual birthday.

Alexa and I were standing in the laundry room with the tank upright. I had been scooping out the gravel into a bucket and we were just about to the end of it, but I needed to lift it up and “pour” the remaining gravel out.

So there I am. Holding this GINORMOUS tank upright, scooping out old gravel with old poop in it and I hear Knox shout, “OH NO, TOBIN!”

Alexa and I turn and there, ALL OVER EVERY SURFACE IN THE KITCHEN is cocoa powder.

Tobin is standing in the middle of it, CRACKING UP LAUGHING.

Knox says, “Don’t worry, Mom! I’ve got it! I can clean it up!” And he immediately goes to cleaning—with WATER. So I’m watching the powder mess become liquid mud in a matter of seconds. And before I can say anything to Knox, Tobin is pressing “Divorce Divorce Divorce” on his AAC device, belly laughing. (Where the heck did THAT word come from?!) 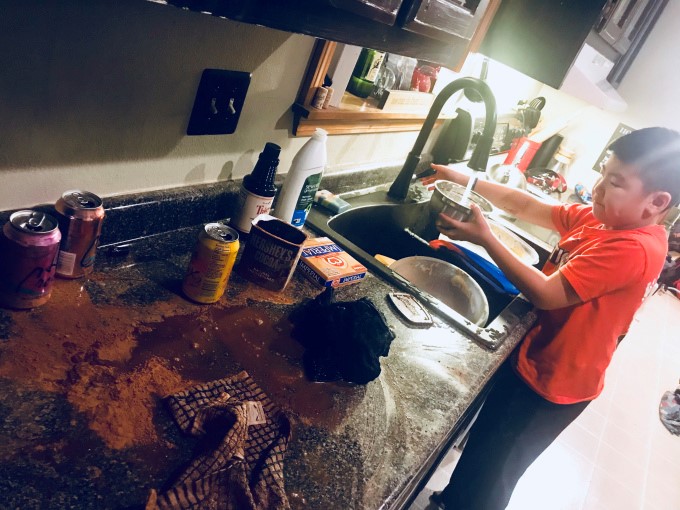 Knox is scrubbing, scrubbing, moving the liquid mud around and around the counters as it drips and oozes down the cabinets and into the floor. Tobin is sitting at the table cracking up, his belly-chuckle so loud and hard, cocoa all down his pajamas.

And I’m holding up a giant fish tank. 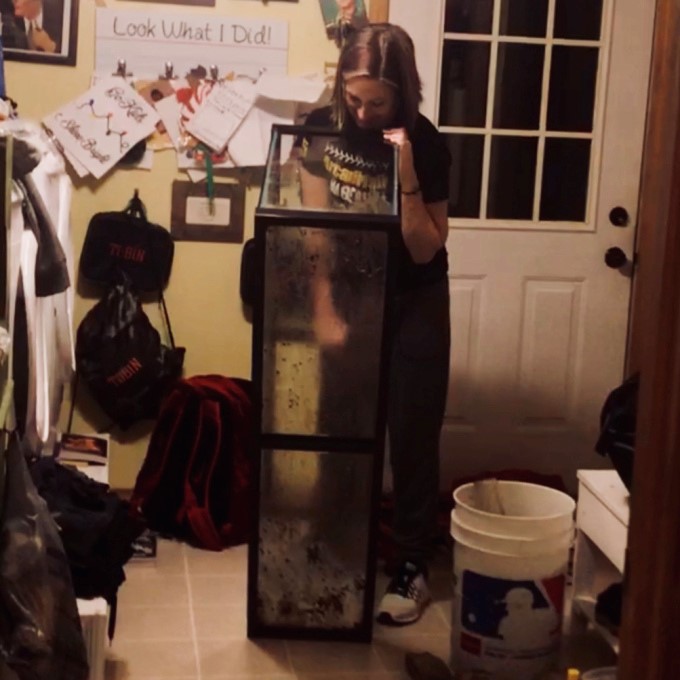 Frozen, I’m watching this scene for several moments like it’s a movie, and then I realize it’s not a movie, and I need to do something. But I can’t even think of what needs to happen next.

And suddenly, from deep within, I feel this bubbling up. I really see the scene for what it is—all the mayhem and madness and mess and how absolutely ridiculous and absurd this moment is—and I suddenly cannot stop laughing.

Not that long ago, this moment would have totally stressed me out. I probably would have broken the tank (or my shin) trying to run to the scene to rescue the moment. I would have freaked out about the mud everywhere and scolded Tobin and the moment would have blanketed the rest of the evening in stress and frustration and tension.

But I’m getting better. We all are.

The other night I talked with a friend, a mom whose child recently received a diagnosis, which then led to more questions than answers, as those things often do. We sipped hot tea and wiped tears and then let the tears fall as we looked into each other’s eyes and talked hard things. Hard truths. Uncertainties. Help. And how unbearable things can seem. We said aloud those hard things the heart needs to let out but not write out for the world to read. We shared and laughed and cried and the room filled up with pieces of both our hearts.

And I saw myself in so much of what she was saying. I’m remembering the past and I’m feeling the present and skimming the surface of the unknowns of the future. And I saw the question in her eyes.

She didn’t even have to ask because it’s the question we all have when we’re in the deep, dark middle of a really hard thing:

Will it ever get better?

It WILL get better. I promise it will. Because even if NOTHING about the situation improves, YOU will get better. And that changes everything.

Even though many, many people know this secret of life, I’m the only person who could have told me this. Because no one else was going through what I was going through. When I’m in crisis, many times I smile and nod and argue in my head about all the holes the advice doesn’t cover and all the ways it’s NOT going to be okay because the person talking to me has NO idea what I’m going through. Because sometimes we can be our worst enemies, or at least our biggest obstacles to overcoming, to getting better.

Tobin’s AAC device has been life-changing for our family.

We are living in a new normal, where Tobin has words he can use and voice to interact with us. It’s a whole new day for our family.

Just the other day, I picked Tobin up from school and I had my car filled with items for our coffee shop. Tobin is smiling getting to the car and the teacher is raving about his stellar behavior but the moment he reaches his seat, he’s completely ticked. He’s doing all of his “mean” behaviors (screaming, spitting, throwing, not wanting to wear his seatbelt). I ask him what’s wrong and he barks, “TALK!” I give him his device and he presses “chips I want I need chips.” (There are chips in the car.) I explain that those “aren’t a choice” because they are for the shop.

He takes the “no” and goes back to pleasant Tobin.

A couple of months ago, I would have had NO idea why he was angry and we would have spent the two-hour drive home with him screaming angry and me trying to keep my cool. 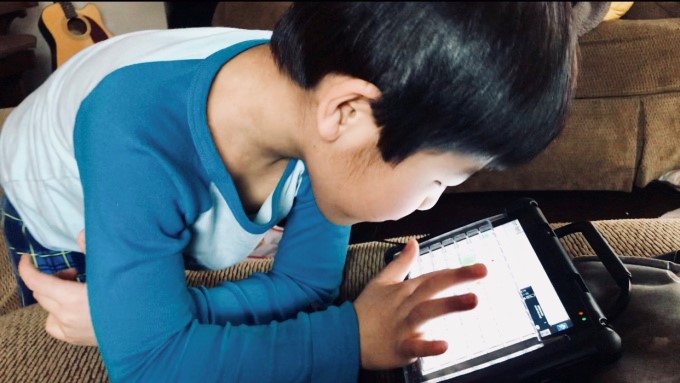 There are still things.

Like last weekend when he looked us in the eyes, peed his pants—and thought it was hilarious. Or when he ripped up a stash of Knox’s Pokemon cards. And the covers of Knox’s CDs. Or all the screaming that happens because he is frustrated with his shapes. And all the poop stories.

There. Are. Still. Things.

But—it’s better. So much better.

There are some kids on the autism spectrum who don’t take to speech devices. And some who do.

There are some kids on the autism spectrum who don’t ever get potty-trained. And some who do.

There are some kids on the autism spectrum who don’t ever communicate. And some who do.

But I think it’s the same truth for any hard.

Regardless of the case—we can get better.

Knox came home one day telling us about a recess disagreement with friends at school.

He was feeling bad about the way he had handled it. He had responded too quickly, too swiftly and wasn’t very kind. And he knew it.

I start in with a “mom talk” and he interrupts, “I know. I messed up. I shouldn’t have done that. I’ll do better next time.”

I felt the signs go off in my gut so I say, “That’s good. And that’s true. And that’s how we should be, BUT—you have to really try, like really intentionally try to get better next time. Because you’ve come home several days with similar stories of handling situations the same way you just talked about. And each time, we’ve talked about handling it differently the next time. And here we are again. So what are you going to do the next time? What are some options?”

And we talked about it. Talked through some other ways he could respond when he’s frustrated.

And we talked about how failure is important, but when we dust ourselves off, we need to look around and observe, take notes so we learn from our mistakes, make amends where we can, and grow from the experience.

And we want to get better.

I haven’t been able to get a good routine with any part of my schedule since I got sick back in October. Things keep hijacking my schedule. And this January I set all the goals and talked through all the goals with Brian and friends, and then the last week of January I felt that familiar January defeat start to creep in as I realized my schedule still hadn’t regulated so I could achieve my goals.

I got out my notes and looked at my goals. A few years ago, I would have just given myself all “F’s” for each of them. But this time, I looked closer. I found some definite wins. Big ones.

My goals weren’t conquered, that’s for sure. But I have made progress. I’ve taken little steps toward each of my goals. I really wish I could have done more, but I can see things are moving in the right direction.

And this time, instead of beating myself up for all the ways I have failed, I celebrated the wins. I figured out the things I need to guard more with my time. And I found a way to move the ball forward the next week so that it doesn’t get tossed to the side.

Because I want to get better.

Knox completely cleaned the cocoa mess off the counter, just like he said he would. We got Tobin cleaned up (and stripped down to his pull-up) and my sister took the fish tank outside for a rinsing. Things were back like they’d never seen the cocoa tornado.

And can you believe?

I turned my back for half a minute to put the bucket of poop gravel into the garage and when I opened the door—TOBIN HAD GOTTEN INTO THE COCOA AGAIN! 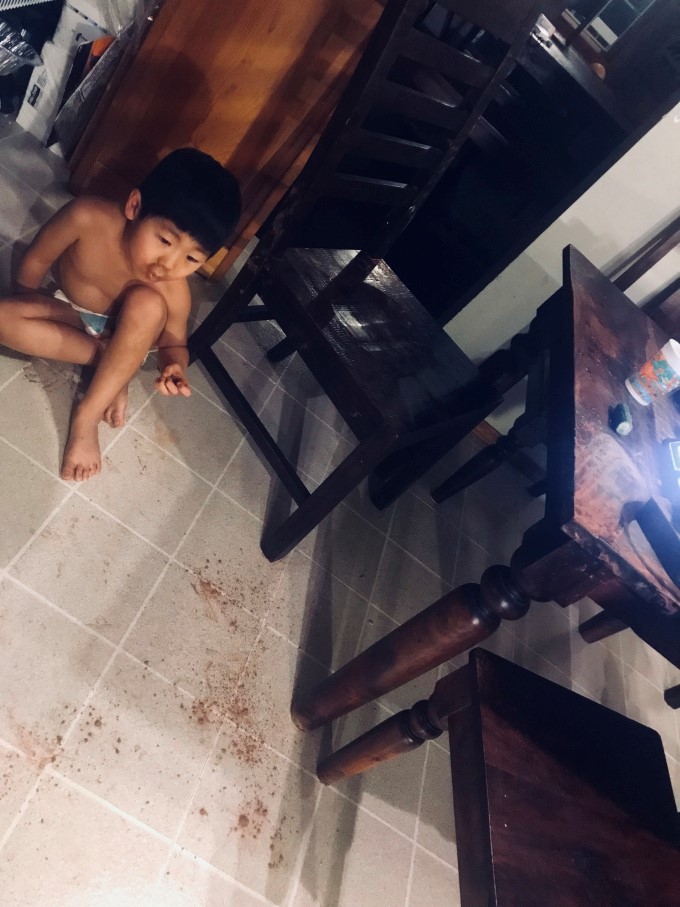 And you know what we did? We cleaned up the mess, wiped down a giggling Tobin—and tried to hide the cocoa powder. 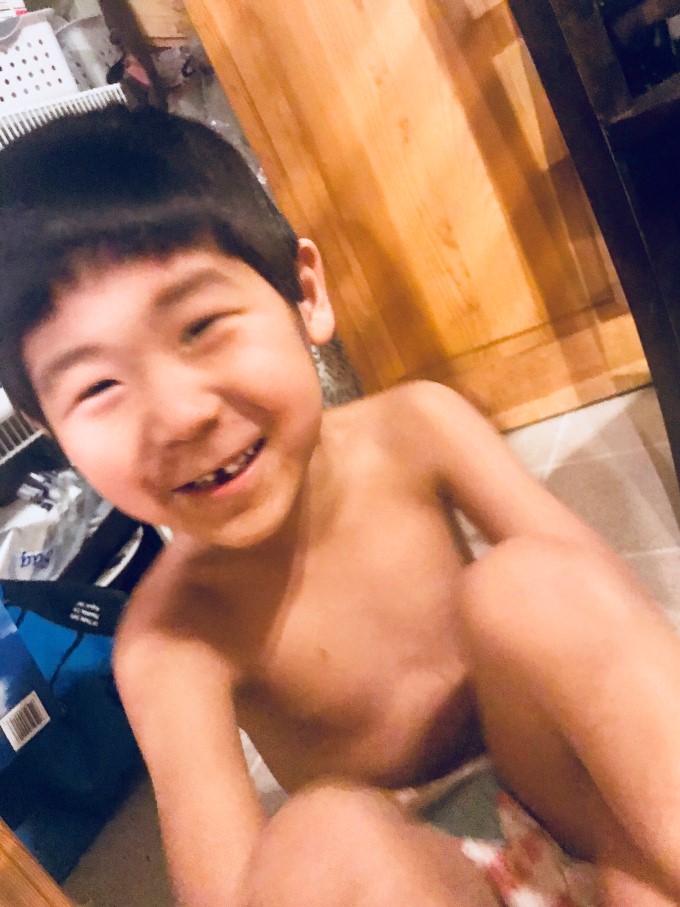 If you would have told me during those dark times of life, “Things will get better,” I would have smiled at you and rolled my eyes inside. Or found a corner to take some deep breaths.

And better is Good.

You’re braver than you believe, stronger than you seem, and smarter than you think.” —Christopher Robin, Winnie the Pooh

Anna-Marie Beard is an ordinary mom of two extraordinary boys, one of whom is on the autism spectrum. She and her husband Brian write about finding the Good in the hards and highs of life on their blog www.pursuingtob.com.