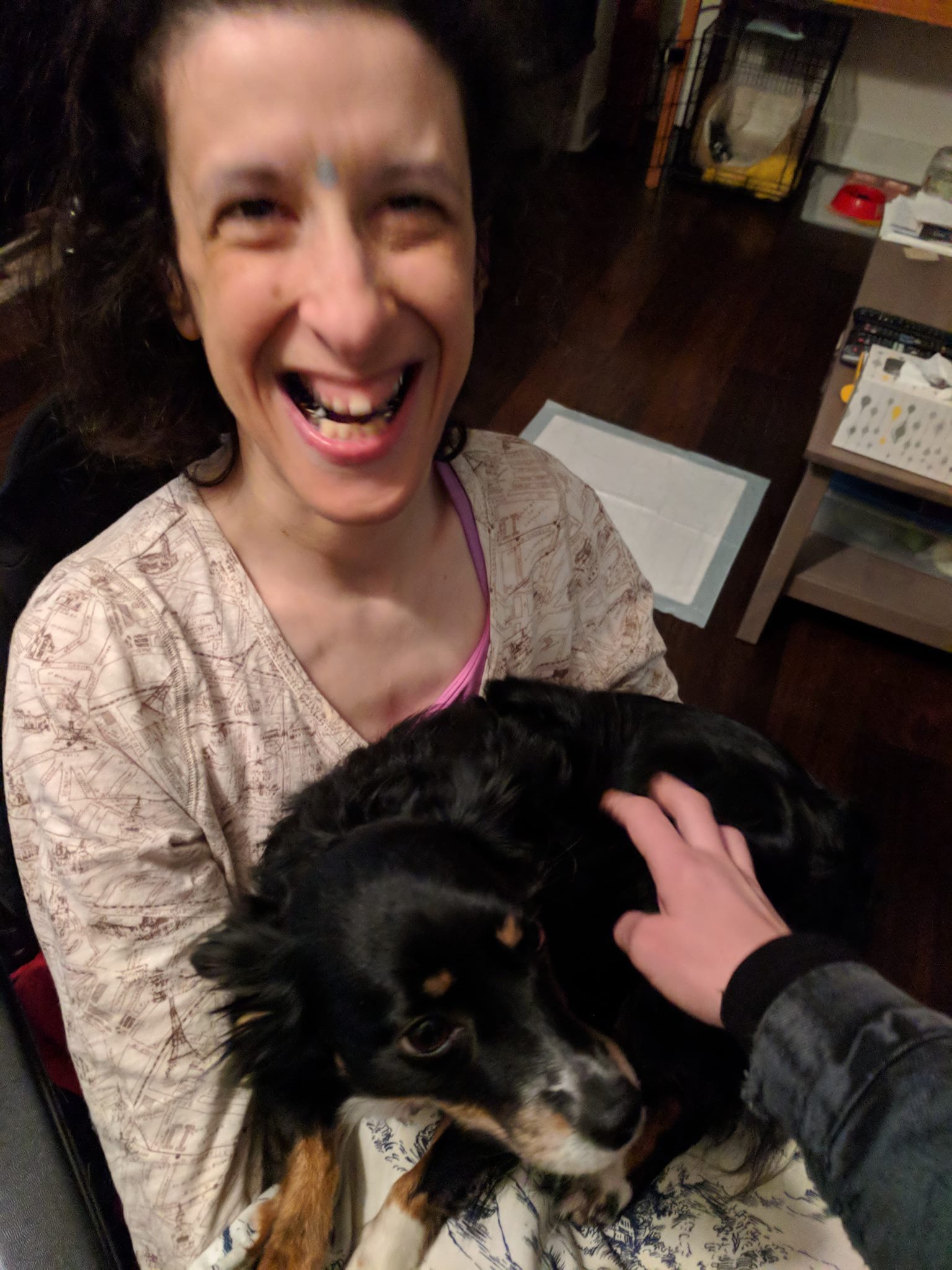 An invitation for you to network on the frontlines of the field is yours to download, a click away, and currently occupying Amazon’s top selling slot in Hearing Sciences. The second volume of the series, Becoming an Exceptional AAC Leader, presents the state of the alternative communication industry in an inviting and refreshing light, with dynamic features that can draw you in to leave your mark on this community.

I nod my head along with the contributors relating lived experiences of augmented communicators. A leader and a contemporary of mine, Lateef McLeod laments about a likelihood of a lack of local role models to help “up and coming communicators navigate life experiences” (p. 120). Per his perception, my ticket into the world of AAC appeared suddenly in my inbox when a stakeholder profiled in this anthology recruited me to lend a hand. My recruiter gave me an orientation to the industry a score of years ago, which speaks to the need for cohesive networking that McLeod realizes through mentoring. McLeod traces the evolution of his project, which culminates in the debut of International Society for Augmentative and Alternative Communication’s (ISAAC) Pathways to Leadership webinars, where leaders broadcast their strategies for success (p. 117). Along the way, McLeod offers methods for developing such a program and shows how it dovetails with his doctoral research to inspire readers to create a service of their own.

Contributor Lydia Dawley also perceives the value of mentorship among communicators. She wears the white hat of a leader through her start up LLC, Click. Speak. Connect, “to help AAC users feel free and engaged in their own communication” (p. 58). Dawley’s customers can consult with her on a topic of their choice. Readers can connect with influencers like Dawley immediately upon reviewing their services. They can literally link to the resources listed after each story. The sections provide live contact information for each leader, rendering this a community of approachable alliances.

The interactive features of today’s eBook brings to manifest the vision of this field that the ambassador apprised me of twenty years ago: proactive outreach and advocacy in support of a familial group of people. Some of the speech language pathologists who feature their projects and products endorse the successes of other contributors whom they have served, through live interlinks between chapters. Speech language pathologist (SLP) Brandi Wentland builds community by directing readers to Lydia Dawley’s consulting clinic. Wentland has more resources for you in store: she links to Krista Howard’s chapter. Howard delivered the keynote speech at the ISAAC president’s reception after establishing friendship circles to encompass people who socialize using auxiliary modalities, nationwide. Wentland shines publicity on these two leaders: “as a communication partner and friend to two strong, independent, and fierce women who utilize AAC, I have learned so much about how to be a better communication partner” (pp. 138, 150). The structure of this anthology spotlights this glowing endorsement, which is found under a "recommendation section" that concludes most stories with pragmatic ideas that call on readers to get involved. With Wentland's, et al, advice on learning from communicators forming the anthology's recommendation, a trend can soar over the field of communication sciences. Communicators may find the number of recommendations to join or found virtual community based social groups (such as Out and About) life changing.

The emphasis on networking and mentorship has contributed to a sense of cohesion among the leaders. Tim Jin defends a means of communication to be "the most basic fundamental right of all of us, no matter how nonverbal one is." He professes the position as a "reluctant public advocate" (p. 211). India Ochs is an available attorney who states similar approaches to her practice of law: "I do not look for any self-gain in anything I do. I approach life with the thought that I am only happy if you are happy” (p. 182). Both of these communicators set the tone for the idyllic qualities that the speech language pathologists profiled in this anthology share: being articulate, expert, original, humble, and committed to dispelling the glass ceiling so that you can define your goals your way.

As such, I would select these witty, worldly, wordsmiths to make welcome additions to my team. The anthology gives a virtual introduction to an applied linguist, Lucas Steuber, who makes a global impact distributing wearable technology. He collaborates with communicators by asking the open ended mantra that he highlights in the title of the chapter, "You tell me" (p. 93). We tell what we want from technology; what we want to say or accomplish. Gayle Porter, SLP, echoes this appealing person-centered approach from her part of the global village, in Australia. She was inspired by communicators' "determination to be heard... They used AAC to get out there and live their lives" (p. 69). Carole Zangari, SLP, believes that everyone has a story worth hearing (p. 39). The title of her chapter, "PrAACtical Adventures," grammatically associates auxiliary communication with an active lifestyle. PrAAAtical AAC, the online resource she founded, asks communicators: "Grilling, wine tasting, horse racing . . . What did you talk about this weekend?"*

Zangari encourages from the sidelines, herself a proclaimed introvert (p. 36). A pattern emerges that the accomplished linguists, at times, find themselves at a loss for words. One effect of the pauses is that the therapists and developers defer to the communicator to inform. In Porter's practice, communicators "actively contribute concepts and ideas;" in other words, they get to lead (p. 68). Many of these leaders admit to their initial unfamiliarity with the field of their calling (a diagnosis of Broca’s Aphasia ironically elicited a response of "Who's what?" from an eloquent influencer during his salad days). Their admissions testify to open receptiveness to learn, but also to a need to raise more awareness about this industry and community. They express concern that only 11% of Americans who could benefit from communication technology are aware that AAC exists (p. 92, 195). Their contributions to Becoming an Exceptional AAC Leader raise awareness as the series elevates this field to prominence. Each contributor is listed and lively linked as a co-author on Amazon. The three planned editions in the series expand the canon of AAC literature, while making introductions along with potential to connect.