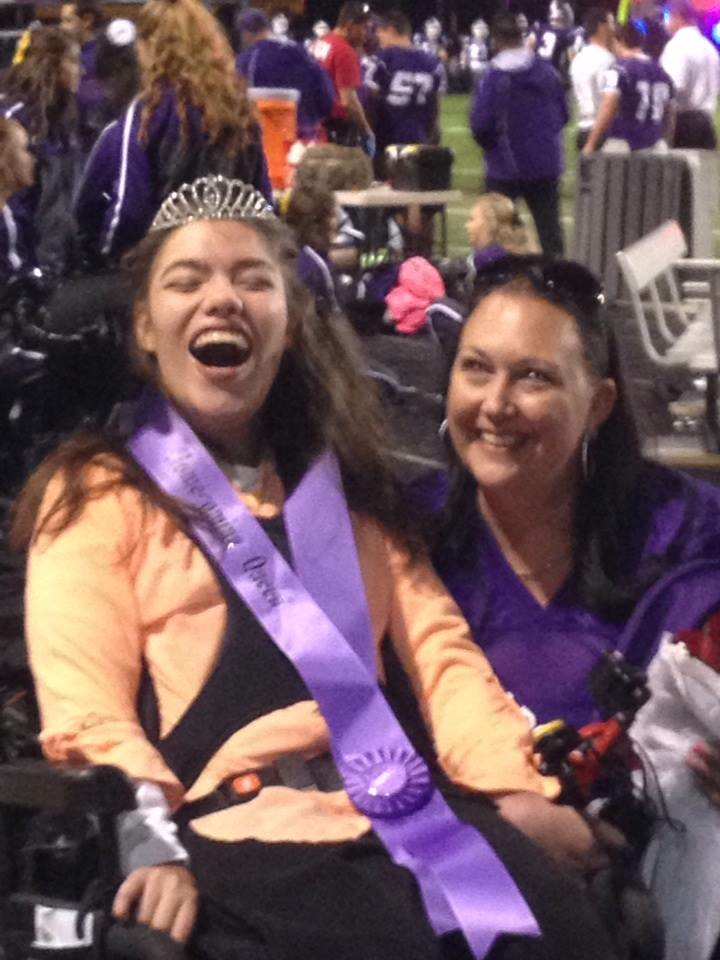 I was a senior at Arvada West High School. Side note I was very involved in my high school; I was a cheerleader and I was in the student government. Everybody knew me as Keslie and not that girl in the wheelchair. My para, Candy, was like “Wouldn’t it be awesome if you were home coming queen?” So she put my name down on the ballot. I was like “okay, don’t get your hopes up Keslie.”

A few weeks went by and I was on the ballot still. My friends used the power of the social media to campaign for me. It was the night of the home coming football game. As I walked with my parents and my friend and his parents through the human tunnel that the band made all we could hear was the crowd up on their feet cheering and chanting “Keslie, Keslie, Keslie.”

They usually introduce the homecoming court at the game. They don’t usually crown the king and queen until the dance which was that Saturday. I was down on the field and I hear “Your 2014 home coming queen is… Keslie Levad!” I thought to myself “ is this really happening to me, did I just win home coming queen?” I thought it would be one of the other girls, not me.

The whole place erupted into cheering and chanting “Keslie , Keslie, Keslie!” That was a surreal moment for me because I didn’t think that I would be the home coming queen. The student body didn’t care that I have cerebral palsy, use a communication devise and use a wheelchair. They wanted me to be their queen. That warmed my heart because they could have picked somebody else but they picked me. I found out later I had won by a landslide.

Keslie and her para Cindy