All The World’s A Playground, And WE Are Merely Players 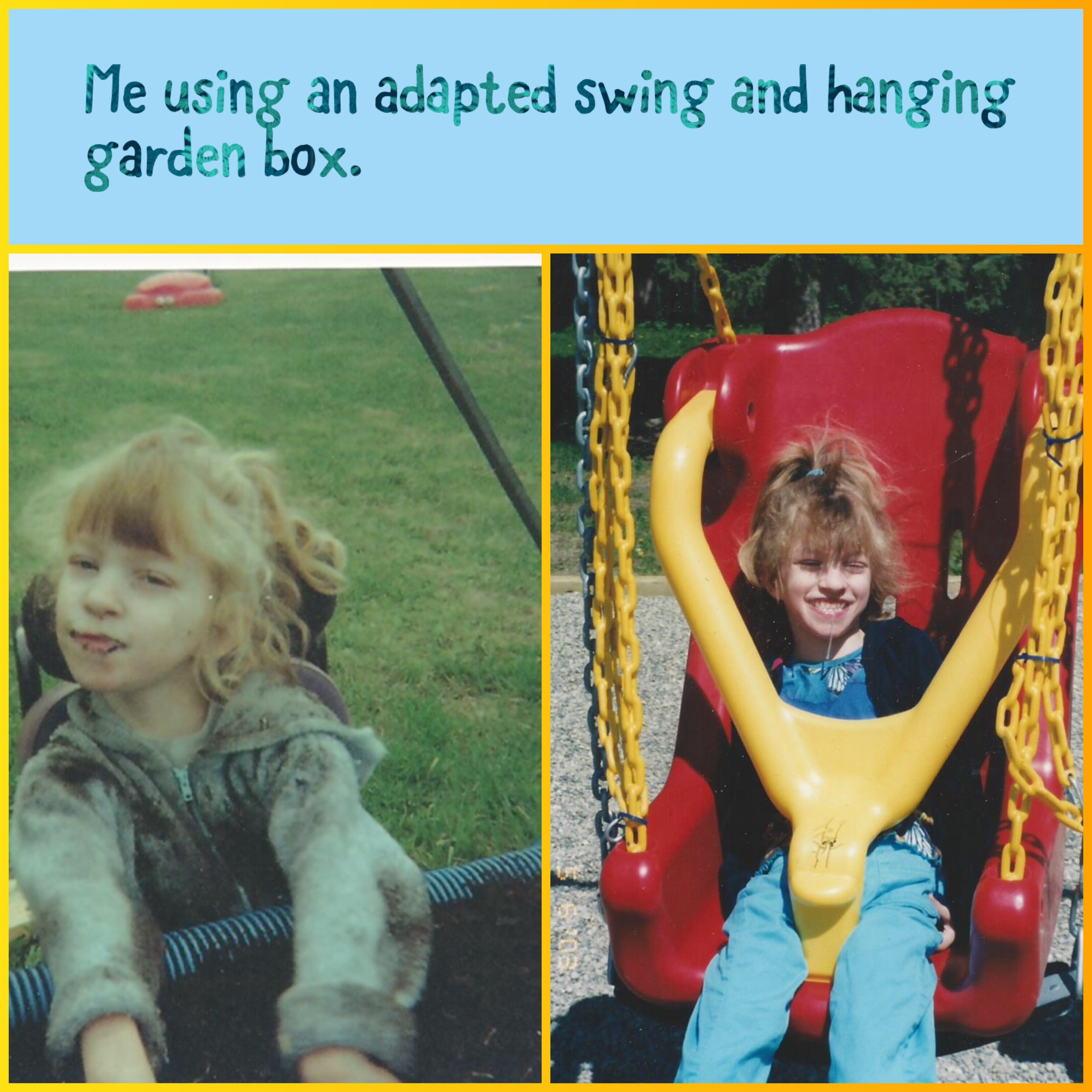 I was recently asked to give a speech at a playground fundraiser. I was asked to talk about how having an adapted playground could benefit a child like me. My answer was… Surprise! It was the same! The same for me as it is for every child that hears the recess bell. It was my chance to get out of the stuffy classroom. To go outside, meet new people, and make friends.

If it wasn’t for the playground, I never would have met my best friend. She was a grade lower than me, and we met at recess time. To this very day we are still best friends, I was maid of honor at her wedding, and I am auntie to her baby boy.

Now you may think, this is not a great example why we should fund a playground. But, it is! It shows that I had the opportunity to learn just like all children. I was able to get right in there. See people being nice. See people being mean. See how being too bossy didn’t make you a lot of friends. But, being kind and helpful made everyone like you.

If I had been left to sit on the sidelines. I never would have learned to blossom as an individual person. On the days that I wasn’t on the playground because it was raining or too cold, or too snowy to take my chair outside. I was stuck sitting with the staff. Boring! What eight year old wants to hear about, last night’s burnt supper, how everything cost too much, or the worst the news! I would sit and think, “No way will I ever watch the news it sounds like a terrible TV show.” I’m pretty sure being bored, listening to them talk, was when I learned, that the certain long finger gesture was not to be used in front of TA’s or teachers, but meant to stay on the playground. Hahaha!

Being included, also helped me to become a writer. How could I write about the wind in my hair, if I was never on a swing? I’m only 21 years old. So a lots of my writing ideas come from my memories at school. These experience help me to create stories. Now, that I have told you the benefits, for someone like me, to have an accessible playground, you might be thinking… Well, jeepers, that’s a lot of money to spend for maybe only a couple kids with disabilities using the playground. But, here is a secret. Kids, like me, we have a super power. It just comes to us naturally. We have this ability to make people more compassionate.

That’s right! Having kids like me on the playground doesn’t just help them to become well-adjusted adults. It helps all children to become well-adjusted, kind, and caring! There was a boy in my school, who was a real handful for the teachers. He was always getting yelled at. Every time the teacher yelled at him, I would start crying. This boy, ignoring his teachers, would run over to me to comfort me. Telling me, it was okay, don’t cry. He would tell me he was okay and don’t be scared. Pretty soon, he stopped being so wild, because he knew it upset me. He learned it wasn’t nice to act that way. I still know this boy, who is now a very nice adult. I like to think, I was a part of that.

Another reason, it helps to stop the stereotyping that Hollywood has poisoned our minds with. Let’s face it, in almost every scary movie, the person with a disability, is accused of murder or is super creepy. Did you know, Hollywood will cast people with cerebral palsy to play zombies? It’s because we have the perfect zombie walk. Hahaha. It’s true!

So, people are taught to fear anyone that is different. If children get to know us, they get to make their own decision about us. So, you see, if every school, had an accessible playground it would benefit every child and every future adult. It’s not just a place to have fun. It’s a wonderful way to learn to respect each other and grow to be wonderful adults.