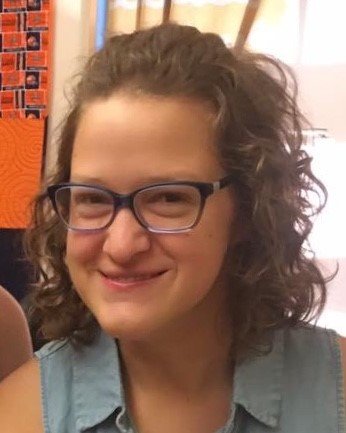 Over the past five years, I have had a great amount of experiences that have and continue to shape me into the person I am today. Many of these experiences occurred beyond my friends who were a part of my life before I left for college freshman year and did not involve the family members and friends who had been a part of my daily life prior to beginning that chapter of my life. They have not been a part of my daily life for years and they still think they know me inside and out. They may still know me on a very basic level based on the surface-level aspects of the person I am, but it has become very clear that they do not know who I truly am today.

I have been living back in my hometown since my senior year of college on campus was cut short last spring due to the pandemic. I knew that the transition into college is difficult for everyone because it’s always talked about, but nobody ever talks about the transition out of college. People typically see this time in young people’s life as an exciting one and as though they “have it all together”. Therefore, I was expecting the transition out of undergrad to be quick and easy. However, I quickly discovered that the opposite was true. Don’t get me wrong, it was a very exciting time, but it did bring along a slew of challenges and adjustments.

One of the challenges is having people view and treat me as a “normal”, intelligent, and capable adult. Since I have been home, I have obviously had a lot of time to reconnect with family and friends that I did not spend much time nor connect with over the past four years, except for during school breaks and random weekends that I came home. Even though I did stay in contact with most of my friends and extended family while I was away and told them all about my adventures and growing experiences I had, I still find myself being treated and viewed as exactly the same person as I was prior to college. I have had plenty of experience with communicating with a wide range of people, including those who are not familiar with AAC as well as those who are. Although it may take some time for those who are unfamiliar with AAC to get the hang of communicating with someone who uses it, after the first few interactions, if not within the first few minutes of our first interaction, they typically visibly relax and treat me as a “normal” and intelligent human and proceed to engage me in a regular conversation, as they would have with someone who did not use AAC. This is how people who use AAC should be treated, especially by those whom they have known for a significant portion of their lives. However, I have discovered that this is not the case for everyone. I am still treated by those who have been around me for my entire life as though I am unintelligent and still a child. None of which are true.

As a college graduate who has been trained to analyze people’s communication, including those that are verbal and those that are nonverbal, as well as an upcoming AAC professional, these imposed perceptions and experiences could not be any more frustrating to me for a few reasons. Number one, (some of) the people who have known me the longest are the ones who truly don’t know me nor do they take the time and a little extra effort to get to know me and still treat me as a child. Number two, they have preconceived notions regarding people who have a disability and use AAC that are inaccurate, even though they have been constantly exposed to it for the past 23 years. Number three, they treat me as though I cannot read their nonverbal communication and that I don’t know that they are talking about me, in front of me, to another person. Nothing infuriates me more than these three things are being done to not only myself, but they are also happening to others who use AAC.

Those who use AAC are not static humans and people who are around them need to realize this. They actually do go through the same maturing and growing experiences that anyone else does, even though it may look a little different because of the nature of their disability. Kids who have AAC needs eventually become adults who use AAC who deserve the same respect as anyone else does. Disability nor AAC cancels out age, maturity, intelligence, nor the need to treat those who use AAC with respect and dignity. Those who use AAC should not have to
“prove” themselves to anyone, let alone to those who have known them the longest. Don’t assume that someone is the same person as they were 10, or even 5 years ago, and that it’s appropriate to treat them the same way as you did at that time. Would you say or do it to someone who does not use AAC? If the answer is no, don’t do it to someone who uses AAC.