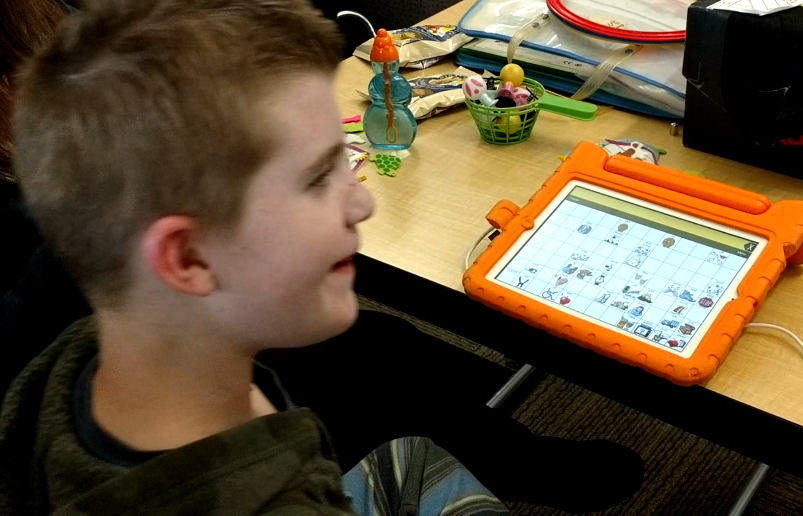 How do we really measure progress in functional communication for AAC users? In the planet I invite my coworkers and families to join me in, it’s simple. We are getting somewhere when you can use your communication device to get in trouble. I give 10 times the weight in importance to words I never taught someone to say than I do for something I taught or suggested through prompting.

Take my buddy Charlie. Day one meeting Charlie: I’m told he had advanced to Phase IV PECS, but isn’t attending to them anymore. He just “has too many behaviors that impede his ability to communicate” (not my words). He “isn’t ready” to move on. Skip way ahead to 6 months later. We decided that maybe the reason he is throwing PECS is because they have no power and are simply lacking the language he craves. We used some acquisition through motor planning strategies, started with 5 words on LAMP Words for Life after briefly showing him the full sequenced which he did not even glance at and gradually built until we found ourselves adding words almost every week. We tried turning on all the words, but he suddenly had trouble getting to some of his most preferred items. So back to vocab builder.

7 months after initially trying LAMP Words for Life: Charlie has had access to his AAC in all environments all day long for the past 3 months. We’ve done some brief meetings to train modeling, aided language stimulation. Some things finally clicked with modeling more often when we gave his support staff printed screen shots of his most used icon sequences. We try again to turn on all the words. Within the first day, he is able to at least find his most highly preferred items and starts doing some serious vocabulary exploring. It’s like he is experiencing total joy at just playing with the words, laughing as he finds certain ones. After two days of access to all the words (#allthewordsallthetime), he asks to visit me (speech. speech. Mrs. Wylanta.) His teachers listen and bring him over to see me. I was with another student. He angrily vocalizes and plops on the floor. A few months back, I would have still been reminding that he could come visit anytime, but he needed to have his talker so he could interact with me or whoever was in speech when he got there. Not this time, he had carried his talker with him. While plopped on the floor, he seemed oddly quiet and clearly wasn’t thrilled at the prospect of sharing my attention. The volume was down a little more than usual so I look down and see this message. 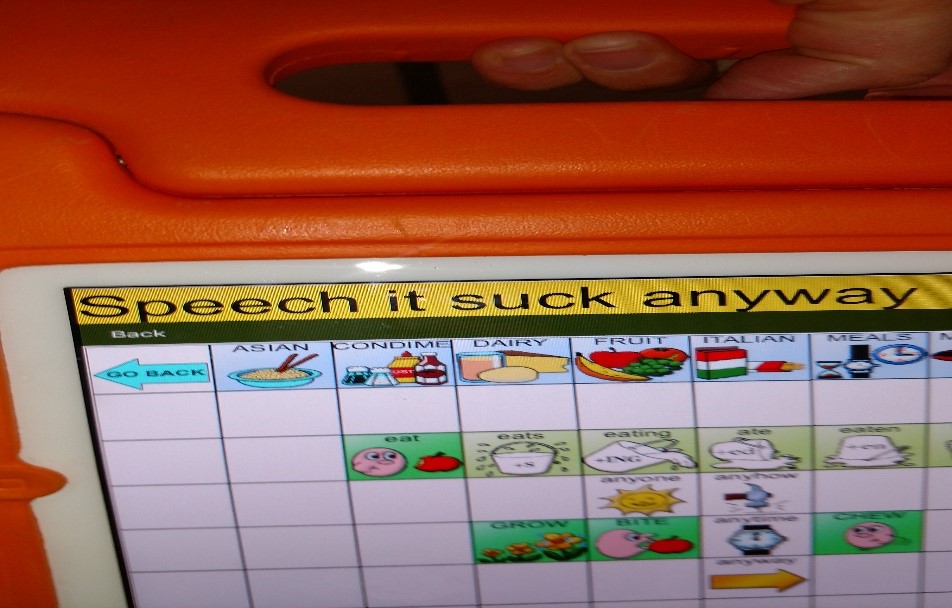