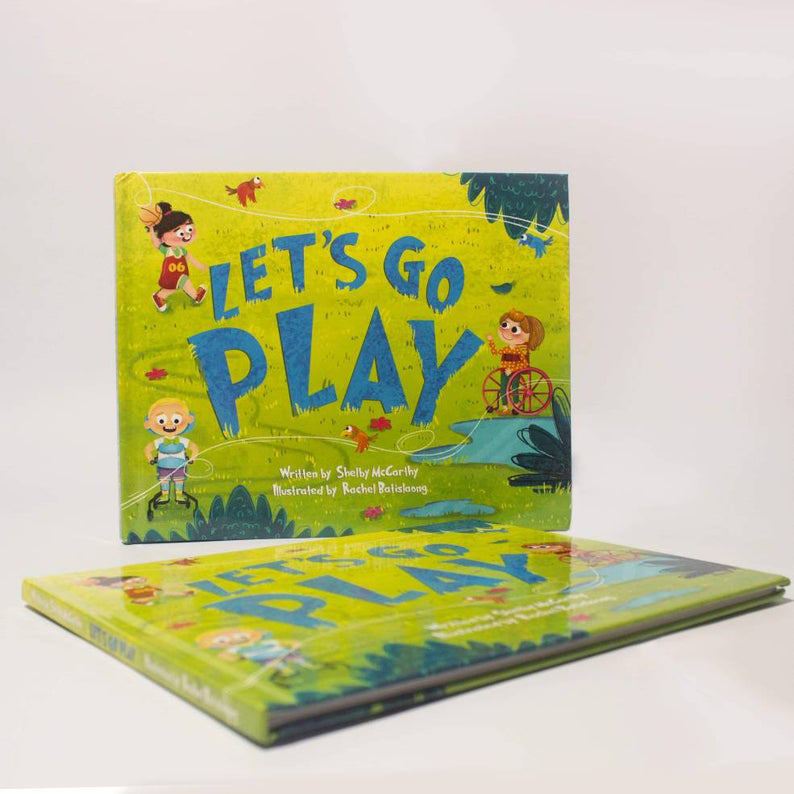 I am Shelby McCarthy, M.S. CCC-SLP, and author of the newly released, Let's Go Play. I initially set off on this writing journey to create something to help my own daughter, Kennedy, transition into school.  More specifically, I wanted her teachers to have a tool to help educate her peers on all of the equipment that accompanies her daily.  Being a practicing speech-language pathologist, along with Kennedy's mom, inclusion is something I am very passionate about.

Kennedy is a bright and beautiful four year old girl, who was diagnosed  with bilateral perisylvian polymicrogyri after a diagnostic MRI in utero.  Because of this, she acquired the diagnoses of epilepsy, and later, cerebral palsy.  She is gtube dependent, wears a TLSO and AFOs, and uses a wheelchair, stander, and gait trainer on a daily basis.  She is also in the midst of trialing different AAC options.

When Kennedy was entering preschool, I searched tirelessly for something to send to school with her, to help in the education process, to no avail.  That said, I decided to create what I was looking for! Two years later, Let's Go Play came to fruition.  It was inspired by Kennedy, but written with ALL children in mind.  It introduces adaptive equipment in a fun, rhyming, inviting way, while also encouraging inclusion and imaginative play. Each piece of equipment is represented by a different child, and I also worked with my amazing artist (Rachel Batislaong) to ensure diversity could be found within the pages. I wanted all children to find a character they could relate to, even if they are not equipment users themselves. My hopes are to ultimately demystify the equipment for young learner's, and to help in creating a more accepting world for all.

Let's Go Play can be found on Etsy