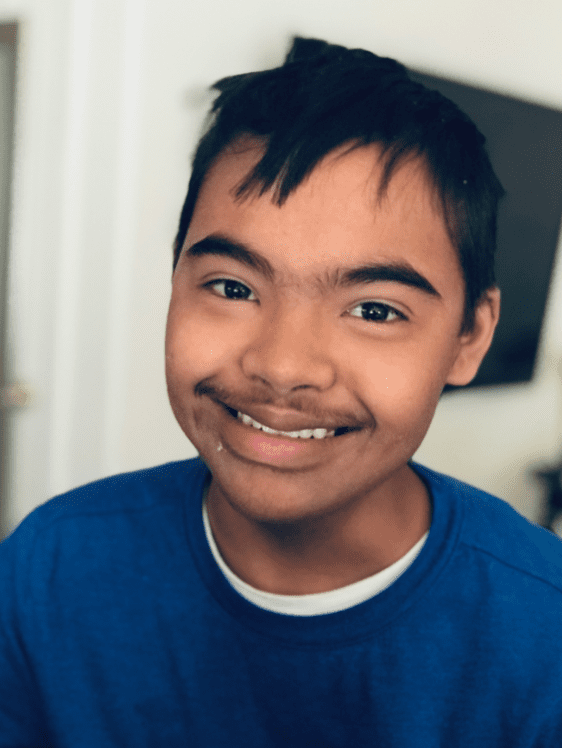 The United Nations honors March 21st every year (3/21) as World Down Syndrome Day. This year’s theme is CONNECT.
We CONNECT so that we can:

Meet Pranoy - an 8th grader who is into rock music, airplanes and all things weather. He was born with a chromosomal disorder commonly known as Down syndrome which simply means that he has 3 copies of chromosome number 21. Hence, the medical world named this error, Trisomy 21. What that makes him the lucky recipient of an extra chromosome (we have 46, he has 47).

This extra chromosome creates tension in his anatomy in ways that slows him down mentally and physically compared to the rest of the human species. While this might sound scary but it’s a common occurrence across the planet, being the most common genetic disorder - 1 in every 700 babies with Down syndrome are born every year per CDC - with eﬀorts being made to include them in society - that reﬂects us all as one species.

Pranoy also has a speech disorder called apraxia. Is that extra chromosome responsible for his apraxia? Could be. That’s common too among individuals with Down syndrome but again, not every person with this genetic diagnosis has apraxia. So it’s another population sample size to consider, without natural voices using ASL and/or AAC to communicate and navigate their lives.

The good part about augmentative and alternative communication (AAC) is that you can use it swiftly in a fast-paced environment like a restaurant or on the plane or at school. Pranoy advocates for himself and his disability community on Capitol Hill every year using his AAC device. That’s what he uses to communicate with friends and family. That’s what he uses throughout his school day every day to answer, question, and make meaning of the instruction. That’s what he used recently at the local science fair while working on his project when he was interviewed by 3 judges via zoom.

This was also Pranoy's ﬁrst time participating in a science fair in a virtual environment handled with precision by SARSEF (Southern Arizona Research Engineering Fair). The admin team took care to make it accessible, inclusive, and humane. Now you would expect a parabolic equation or Bernoulli’s principle in Pranoy’s project, but he was only presenting his ﬁndings in weather patterns by making a simple barometer to study pressure diﬀerences while measuring the rise and fall of temperature. That’s as far as he could go with his understanding this time. Then came the interview which was moderated by his Speech Language Pathologist (all middle schoolers were assigned moderators), where judges went oﬀ track to check his aptitude, and then came the surprise recognition from NOAA (National Oceanic and Atmospheric Administration) acknowledging Pranoy for “taking the pulse of the planet”. Sweet!

If I could sum up 8th grade for Pranoy in one word, I would call it adventurous. The pandemic worked wonders in giving us all a deeper understanding of the education system in a rigorous remote learning environment, and how best a middle school student with an intellectual disability without a natural voice gets his slice of the equitable pie.

Learning 21st century skills and for once, not being singled out for using speciﬁc technology like his AAC as his communication aid, Pranoy rose to the challenge and pushed himself harder to navigate his virtual school day independently. He learned how to troubleshoot, got in and out of classes and meetings, pulled his assignments to work on, printed his instructional materials and sorted them, typed his answers resulting in ease and speed - the little things that come naturally to us, that he needs a step by step understanding of to program his brain.

When the right people do the right thing, individuals with that extra chromosome are driven to ﬁnd meaning and purpose in the world for everything that we take for granted. A reminder that as one species, we are all capable of spreading our wings by helping each other thrive. With technology evolving at breakneck speed, I read this wise man’s words often - “the future ain’t what it used to be.” Amen to that!

Thank you for connecting with Pranoy’s world today. Thank you for lifting someone who needs a little help in your world every day.