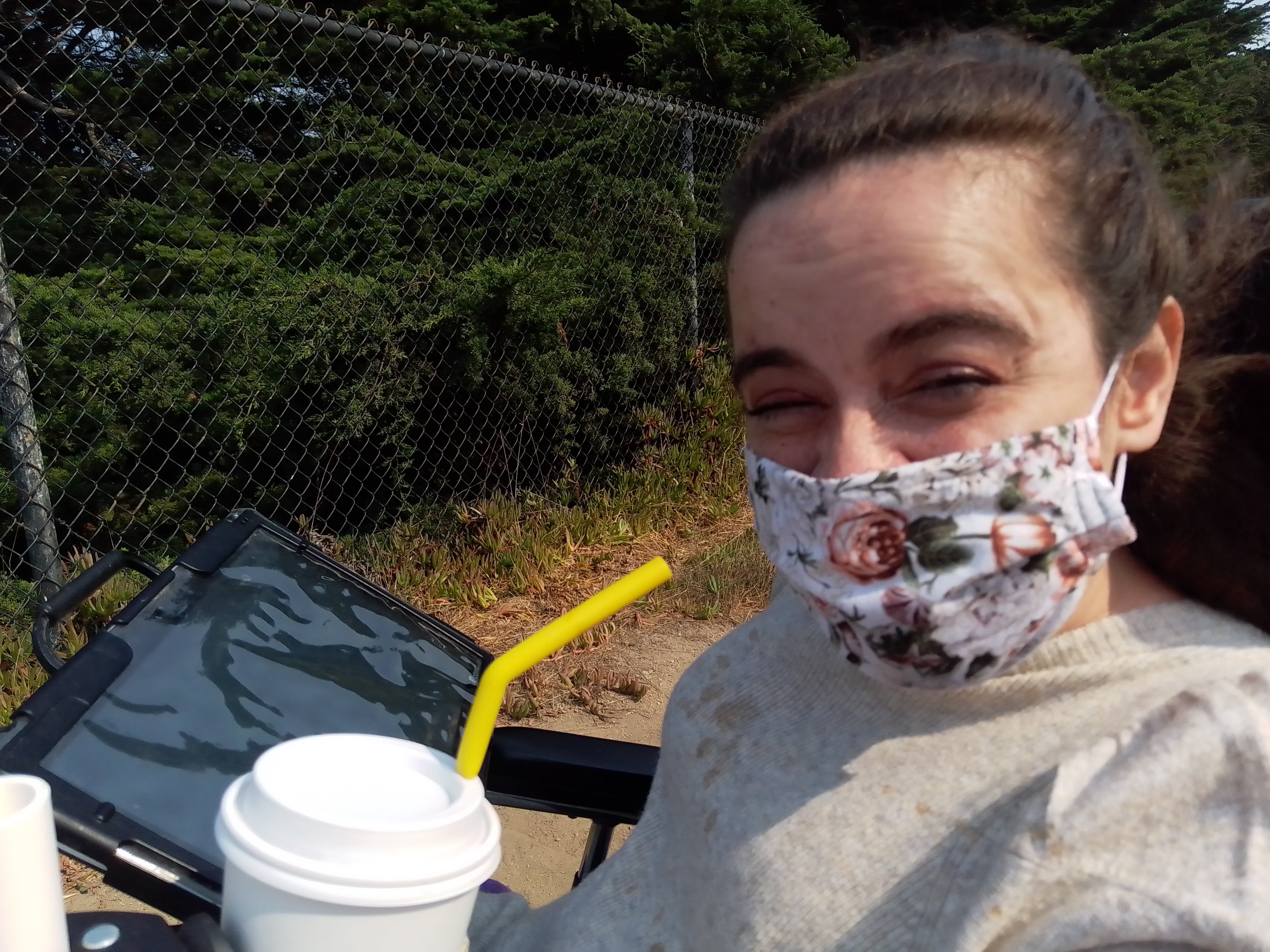 I am sure you have heard of racism?  Also, you've probably heard of sexism, classism, and heterosexism/homophobia?  You've, however, probably not heard of ableism, or if you have, you might be wondering what it really means.

Ableism?  What in the world is that word?  As I am earning my master's degree in Communication Studies, specializing in cultural communication of people with significant mobility and communicative differences and their autonomy, independence, and sense of self, I intensively studied ableism.  I’ll spend some time discussing ableism, specifically relating with adults who have complex physical and communicative differing abilities within the medical care system.

First, I will explain what this word, "ableism," means and how the culture creates, recreates, shapes, and reinforces ableism.

Ableism can be described as the oppression against people with differing abilities.  It can be discrimination, prejudice, and pre-judgments toward people who have differing abilities because the social hierarchy of individuals with differing abilities is not a part of the privileged group.  As I said, ableism is similar to other oppressions: racism, sexism, ageism, and homophobia, where ableism has differing avenues to be expressed not just within the culture but also within the interpersonal relationships: families, friends, coworkers, and acquaintances.  Some of the avenues of ableism present themselves as ideas, expectations, overgeneralizations, attitudes, practices, environmental barriers (inaccessibility), microaggressions, and/or behavior.  Ableism can be covert, overt, or a mix of the two.  For example, an overt expectation of those with complex physical and communicative differing abilities is doctors expect that these individuals do not have the ability to talk directly with them about their health.  As you know, ableism can be expressed in a covert way, such as families who have children with disabilities tend to refer to them as special needs.  This microaggression of the term, “special needs”, can be considered as oppressing children with disabilities by considering them as special, which reinforces the notion that the privileged group excludes those with disabilities from the privileged group because they see children with disabilities differently.  Everyone, whether individuals with differing abilities or those without, have special needs.  Mine is to have coffee all day long.  Ableism can be conscious, but it can also be subconscious.  These avenues of ableism reinforce, recreate, and reconstruct the force from people without disabilities to divide and exclude those who have disabilities from institutions, societal sectors, and society at large.

Since you have a basic background on what ableism entails and how it creates, recreates, and reconstructs within our culture, we will discuss ableism in the medical care system, as someone with significant mobility and communicative differences.

Since none of my practitioners asked my support person to leave the room, it implicates the medical professionals consider me as a child.  Therefore, I am not treated medically as an adult, which creates, recreates, and reinforces the expectation and assumption of adults who have differing abilities as a child, not even as an adolescent, in the social sectors, such as in the medical care system.  Not being treated in the medical care system, as an actual adult, is more than dangerous for my health, and the expectation of those with differing abilities are not completely adults that stem from ableism imply that I must have childish health issues.  As an adult who is earning my master's degree and is in a lifetime romantic relationship, I do not have any childlike health issues.  So, every time my friends discuss their practitioner visits on their woman’s health, it makes me frustrated that I had not been examined for my woman’s health since I considered at the level of a child in the medical field.  I didn't even know my rights were taken away because I had been treated like a child my whole life until I realized that my rights were validated.  Now I make sure that I would talk with my practitioners without anyone else.  I feel blessed that I am comfortable asking my support person to leave the room!

Another way that ableism shows up within the medical field is that many of my health issues are quickly blamed on my primary diagnosis of cerebral palsy, and regularly ignored.  I thought this was normal, until my health issues were actually treated appropriately, more than a decade after they originally started, and it turns out that they were completely unrelated to my primary diagnosis.  There are so many individuals who are placed into a box based on their primary diagnosis, and medical professionals often dismiss any issues that could be related to that, instead of delving further.  An individual with complex medical needs should not have to accept being in pain or vomiting every day simply because, “it’s a part of having CP”.